Japan delivered a stunning victory over Germany on day four of the World Cup in an upset that almost rivalled Saudi Arabia’s sensational win over favourites Argentina on day three of the tournament.

Wednesday’s match ended in a 2-1 victory for Japan over the mighty Germans, a country whose teams have won the World Cup a whopping four times.

Many must be wondering what other phenomenal upsets World Cup 2022 Qatar will have in store as the games progress towards the finals.

In the other day-four fixtures, Spain gave Costa Rica a lesson in world-class football, beating “Los Ticos” 7 to 0, while Morocco and Croatia ended their match scoreless in what some saw as a lacklustre performance and Belgium won out over Canada in a gripping sporting encounter. 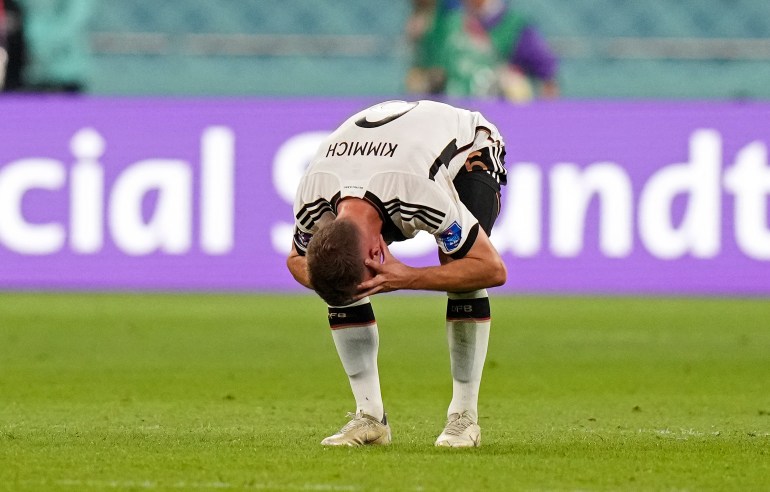 Morocco and Croatia kicked off at 1pm local time (10:00 GMT) at Al Bayt Stadium in the hotly anticipated game that quickly turned out to be an uneventful if high-intensity match.

Croatia had a frustrating start, and their chances of scoring a goal were sparse, as the Atlas Lions contained the Croatians for most of the game but then failed themselves to manage a breakthrough in the goalless draw on Wednesday.

Croatia’s best moments predictably hinged on Luka Modric, who was given free rein, floating effortlessly up and down the pitch, with football’s traditional midfield roles seeming not to apply to the Croatian captain. 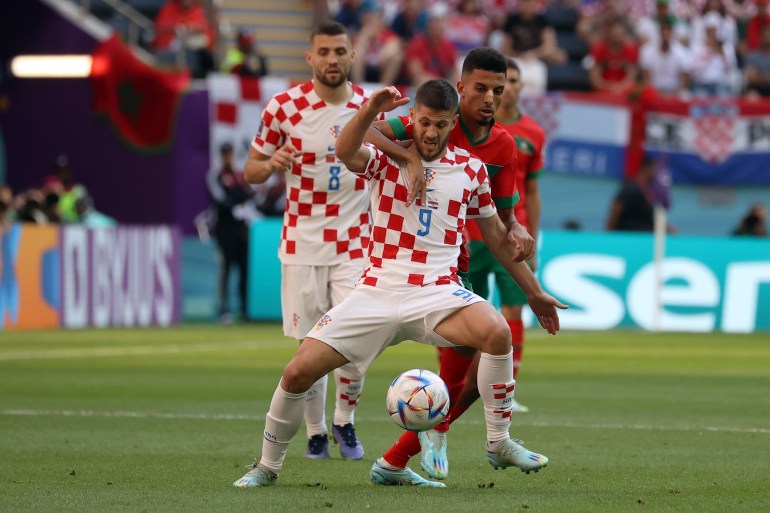 Morocco looked to Hakim Ziyech for inspiration as the Chelsea winger was their most dangerous attacker in the early stages. Despite his hard work, the end product was not goals.

While the encounter was low on action, it was at least high on intensity as both sides battled for midfield supremacy much to the delight of the loud supporters of the Atlas Lions. The Moroccan fans were in good spirits after the game despite the draw.

“It was very much a boring game … but this will do for now. It is a good booster for us when we play with others in the group,” he said.

Croatia’s Modric said after the match that it was “a tough game, especially in the first 15 minutes”, adding that his team had faired better in the second half.

Croatia will now turn their attention to their game against Canada on Sunday when Morocco will face Belgium. 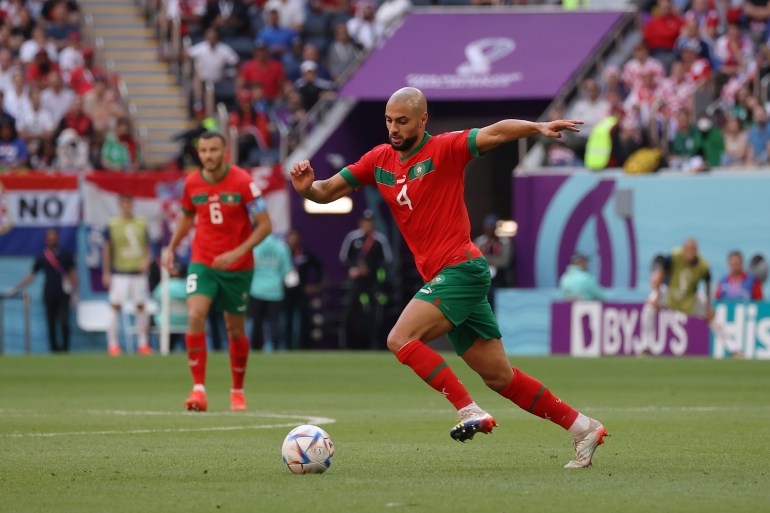 Morocco in action against Croatia on November 23, 2022, in Qatar [Showkat Shafi/Al Jazeera]

Germany against Japan got underway at 4pm (13:00 GMT) at Khalifa International Stadium and few could have expected what was about to unfold.

Japan created the second earthquake at the Qatar World Cup 2022 when they came from behind to deliver a stunning 2-1 win over the Germans.

Mirroring Argentina in their shock 2-1 loss against Saudi Arabia on Tuesday after being ahead by a goal, Germany had been in the lead following a first-half penalty by Ilkay Gundogan.

Several German chances then went unfulfilled and poor defending helped the Japanese to regain their composure and come roaring back.

With one goal down, the Japanese appeared to change their tactics and became more aggressive in the German half, taking the initiatives when the German’s tried to hold on to their lead.

But it was Ritsu Doan in the 75th minute and Takuma Asano in the 83rd whose goals gave Japan their biggest World Cup win to date.

“This is a huge disappointment and frustrating,” Germany’s Captain Manuel Neuer told broadcaster ARD after the game. “We made the opponent strong. The final desire made the difference. Japan believed they could win while we thought we could preserve the lead,” he said.

German coach Hansi Flick said: “It is brutally disappointing. We are annoyed we lost the game because we had the chances. We have to look forward. We have the chance for six points.”

Japan’s Maya Yoshida told BeIN Sports: “This is the beauty of football, sometimes it happens! Now the spotlight is on our side, it’s time to dance.”

Japan’s Coach Hajime Moriyasu said: “We knew that we had to defend better. That’s why I changed the system. The players knew immediately what I meant and how they should react.”

“We have celebrated a great victory but it continues. We will prepare as well for the next game,” Moriyasu said, looking ahead at Sunday’s game with Costa Rica.

With the loss, Germany likely now fear an early exit from the tournament.

Kosuke said he did not expect his team to beat Germany but now there was no stopping the Samurai Blue.

“They will be losing their heads back home, and maybe they will get a day off tomorrow, just like Saudi Arabia,” Kosuke said with a grin on his face. 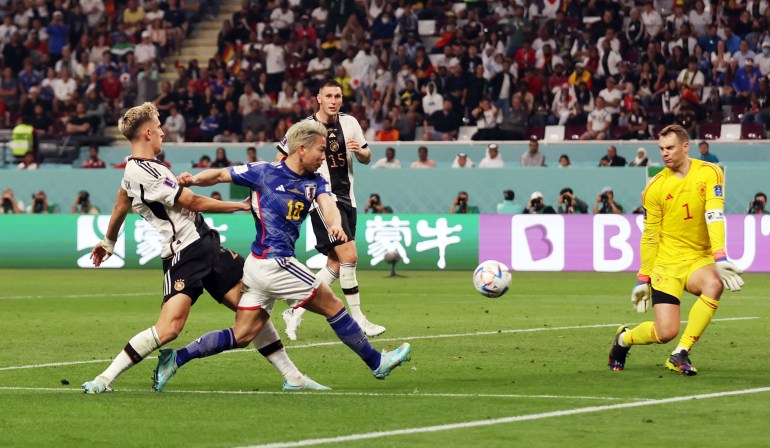 The Spanish and Costa Ricans got their game underway at 7pm (16:00 GMT) at Al Thumama Stadium and it was a match of more firsts for the World Cup.

Not since Pelé in 1958 had someone as young as Spain’s Gavi scored a goal at the World Cup. The 18-year-old midfielder led the way on Wednesday as Spain pulled off the biggest World Cup victory in its history, delivering a 7-0 thrashing to Costa Rica.

With Gavi and 19-year-old Pedri starting in the match, Spain also became the first European nation with two teenagers in the line-up of a World Cup match in 60 years

“I could never have imagined it,” said Gavi, who was named the game’s most valuable player. “I know I’m the youngest in the team and I respect everyone, but on the field it’s different and I bring out my best,” he said. 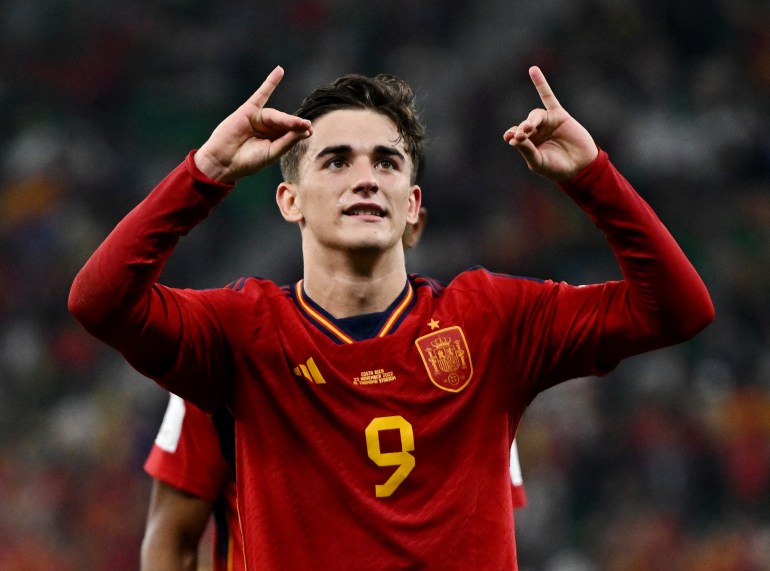 Spain’s young squad avoided any chance of an upset with Dani Olmo, Marco Asensio and Ferran Torres scoring a goal each in the first half. Torres, Gavi, Carlos Soler and Álvaro Morata added to the tally in the second half.

Olmo’s goal was the 100th at World Cups for Spain, which became the sixth nation to score more than 100 times in the tournament’s history. It was also the first time Spain scored seven goals in a World Cup match and the first time a team completed 1,000 passes in a 90-minute game at the tournament, according to match statistics from the Opta Sports analytics platform.

Costa Rica looked overwhelmed throughout the game, failing to even get a single attempt scoring a goal. The team came to Qatar hoping to repeat their surprise run to the quarterfinals in 2014 in Brazil and avoid a repeat of their winless showing four years ago at the World Cup in Russia.

“We didn’t hold on to the possession as we should have done it,” Costa Rica coach Luis Fernando Suárez said after the match. “We couldn’t complete three or four passes.” 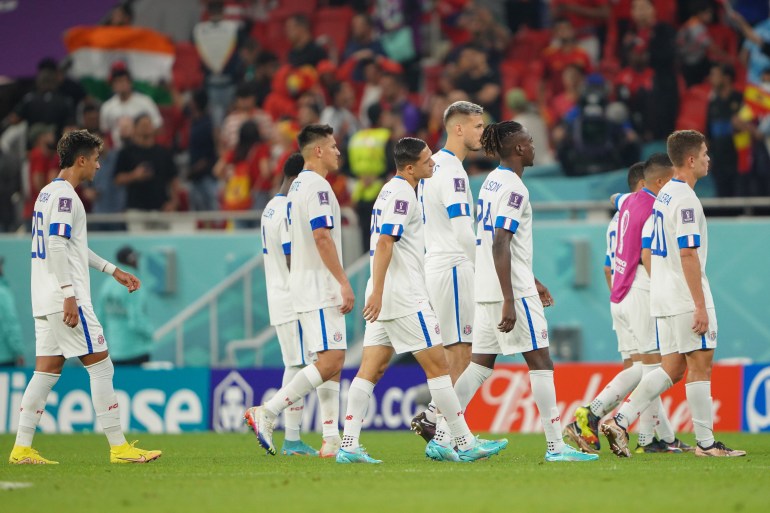 Only five countries have scored more goals than Spain at the World Cup – Brazil, Germany, Argentina, Italy and France.

The Belgian and Canadian sides squared off at 10pm (19:00 GMT) at the Ahmad Bin Ali Stadium where Canada outplayed Belgium on the pitch but did not win the match.

Canada lost 1-0 to the Belgian side who weathered a fierce Canadian storm of football prowess to put away a goal and take the game.

Against the world’s second-ranked side, Canada were unlucky to come away empty handed. Belgium managed only nine attempts at a goal while Canada had 21. 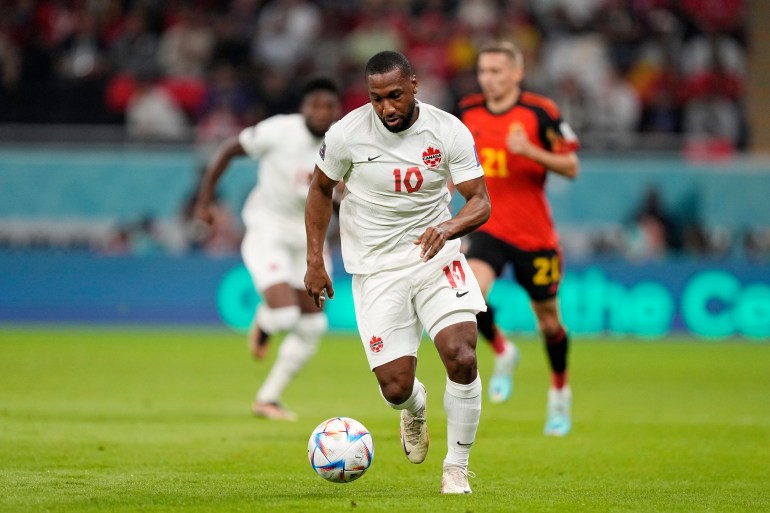 Canada failed to capitalise on several scoring opportunities but still stood up to their mighty opponents by preventing them from settling into the match.

Belgian goalkeeper Thibaut Courtois saved a penalty early in the first half and teammate Michy Batshuayi scored on the stroke of halftime to give Belgium the win.

“They showed tonight that they do belong here,” Canada’s Manager John Herdman said of his team’s performance after the match.

“With a performance like this, I said to the players” ‘we just get on to the next task.’ I’m proud of what they did, really proud. They proved they can play here,” he said.

With their win, Belgium now lead Group F with 3 points.

Herdman said that he expects Canada’s performance against the Belgians will earn his team a little more respect from future opponents.

“Teams will know what we do and how we go about our business. The effort was unreal. If we can be more ruthless in that attack, we will get something out of these games. The group is wide open,” he said.

Belgium coach Roberto Martinez said after the game that the team had been second-best on the pitch but hailed the win as an important foundation on which Belgium could build its tournament campaign.

Canada’s come up next against Croatia on Sunday and Belgium is set to take on Morocco on the same day. 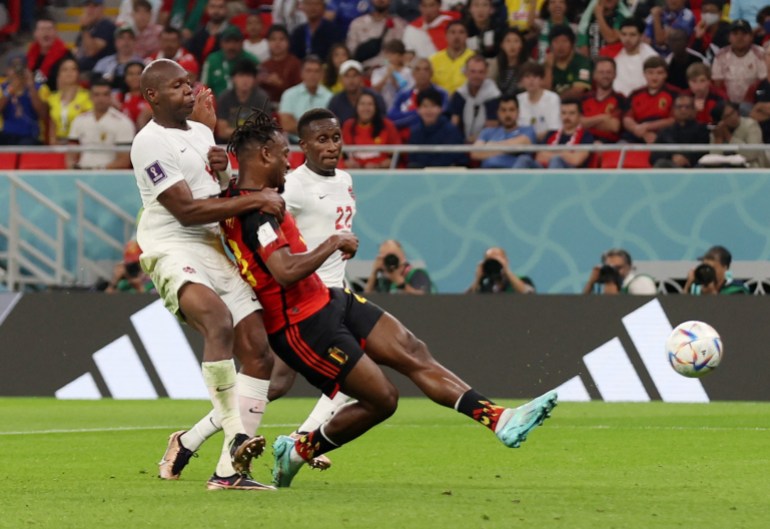 German Interior Minister Nancy Faeser, who is also responsible for sports, wore a “One Love” armband in the stands at Germany’s game on Wednesday, where she was sitting beside FIFA President Gianni Infantino.

Faeser posted a photo of herself on Twitter wearing the band with the hashtag #OneLove.

News agency DPA reported that Faeser had the armband on under a pink blazer, which she took off during the first half.

“In today’s times, it is incomprehensible that FIFA does not want people to openly stand for tolerance and against discrimination. It does not fit in our times and it is not appropriate towards people,” Faeser said during a visit to a German Football Association event in Doha before the game.

Germany’s players also covered their mouths during a team photo ahead of their World Cup opener against Japan on Wednesday in protest at FIFA’s threat to sanction players for wearing the “OneLove” armband.

The gesture, which took place in front of dozens of photographers, came after the world football body had threatened to sanction players for wearing the rainbow-coloured armbands.

The captains of seven European teams had planned to wear the armbands as part of an anti-discrimination campaign, but the footballers backed down after the threat of disciplinary action.