England will qualify for the knockout phase if they win this clash. But a loss for the US could leave them struggling.

Who: England vs USA, Group B

Buoyed by their sparkling 6-2 victory over Iran, England will go into Friday’s fixture against the USA brimming with confidence and knowing another win will secure their progression to the World Cup’s knockout phase.

Gareth Southgate’s squad will be looking to build on Monday’s promising performance and has been boosted by news that captain and star striker Harry Kane is expected to be fit to play after the 29-year-old recuperated from an ankle injury picked up in the Three Lions’ opening fixture.

Expect Kane to be assisted by Bukayo Saka, who scored twice in the win against Iran, and 19-year-old midfielder Jude Bellingham, who notched his first international goal in England’s opening game.

For their part, the USA will be seeking an improved showing after an initially promising start against Wales on Monday gave way to a disappointing 1-1 draw, with Gareth Bale’s second-half penalty cancelling out Timothy Weah’s 36th-minute opener.

“Captain America” Christian Pulisic, who plies his trade for Chelsea in England’s Premier League, will again lead the side from the front. Several other members of the squad are also Premier League regulars.

But familiarity will count for nothing on both sides of the Atlantic and inside the confines of the Al Bayt Stadium, where the so-called “special relationship” between the two countries will be put on pause for 90 minutes as they battle for supremacy on the pitch. 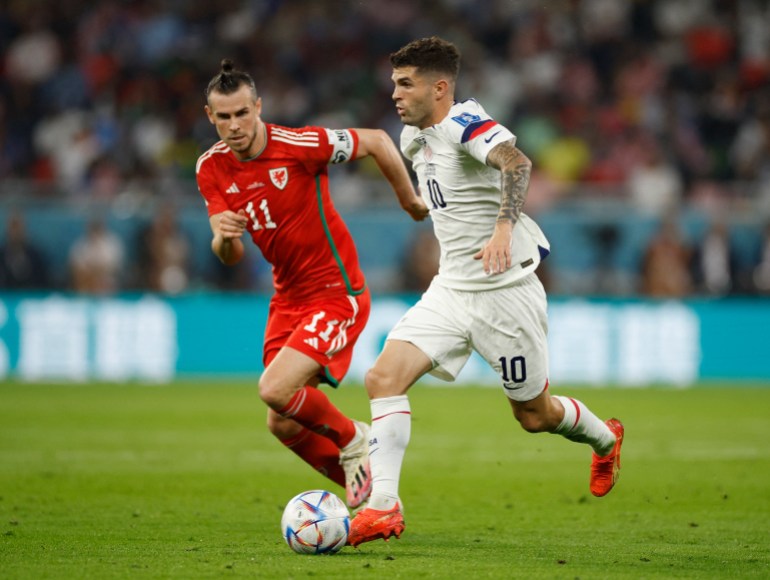 England are expected to come out on top, with their opening win demonstrating a dramatic return to form after a pre-tournament dip in results saw them go six games without a victory.

Southgate’s decision to employ a more-attack-minded 4-3-3 formation – a switch away from his previously-favoured 3-5-2 system – paid dividends, with the midfield trio of Bellingham, Declan Rice and Mason Mount offering dynamism and creativity in abundance.

Other positives for the side saw winger Raheem Sterling, who was under pressure coming into the World Cup following a string of limp displays for Chelsea, cap off a lively display with a 46th-minute goal. Substitutes Jack Grealish and Marcus Rashford also found the back of the net late on.

However, alarm bells were raised after the match by both Southgate and several of his players over basic defensive lapses which allowed Iran to beat goalkeeper Jordan Pickford twice.

They know that the USA possess the quality to capitalise on any repeat of those errors and are also likely to offer greater resistance at the back than the Iranians could muster.

But the pressure is overwhelmingly on USA coach Gregg Berhalter’s players. A loss on Friday will leave them needing to win their last game – against Iran – to stand any chance of progressing past the group stage.