Who: Brazil vs Serbia, Group G

Brazil and Serbia meet in the group stages of the World Cup for the second successive edition. A lot has changed for both teams since their clash in Moscow four years ago.

The evolution of Brazil’s squad is best evidenced by the fact that the opening goal in their 2-0 win over Serbia in 2018 was scored by Paulinho — who has not played for the national team in the last four years. Brazil’s midfield was run ragged by Belgium in the quarterfinal that year and the manner in which they were exposed kept manager Tite up at night.

Their midfield going into the current World Cup has been significantly shored up. In Fabinho, Bruno Guimarães and Lucas Paquetá – all of whom will be making their World Cup debuts in Qatar – Tite has found the perfect balance in the middle of the park.

Brazil was a team in transition in 2018, lacking a clear identity. The shadow of their humiliation in the 2014 World Cup they hosted – when they were thrashed 7-1 in front of their fans by Germany in the semi-finals – still hung over the team and the nation as a whole.

But, this time, there is a tangible enthusiasm around the squad of the perennial favourites that in large part has to do with the attacking talent at their disposal.

Neymar is playing arguably his best football at Paris Saint-Germain. Gabriel Jesus and Gabriel Martinelli have been key to Arsenal’s resurgence this season. Vinícius Júnior and Rodrygo are fresh off winning the Champions League with Real Madrid. Add to this Raphinha, Antony and Richarlison and this is a forward line made up of fire and flair in equal parts.

🗣️ “When I heard my name I couldn’t even talk, I cried for one hour. I was so happy, buzzing.”

Gabriel Martinelli says he cried for an hour after finding out that he was included in the Brazil squad for the 2022 FIFA World Cup. 🇧🇷

Like Brazil, Serbia too have undergone change since the last World Cup. The 2018 tournament in Russia was only their second-ever appearance in the World Cup. The squad was strewn with veterans evidently past their prime and youngsters lacking the experience of playing on such a global stage. Unsurprisingly, they crashed out in the group stages.

But the current side looks better equipped to handle the pressures of big tournament football. The old guard of Branislav Ivanović, Nemanja Matić and Aleksandar Kolarov have retired and the younger players who were a part of the 2018 squad have taken enormous strides in their development.

Aleksandar Mitrović broke the record for the most goals scored in an English season last year. He is currently one of the most feared strikers in the English Premier League. Filip Kostić played a starring role in Eintracht Frankfurt’s Europa League triumph last season and sealed a transfer to Juventus.

Lazio’s Sergej Milinković-Savić has consistently been one of the best midfielders in the Serie A. Serbian captain Dušan Tadić moved to Ajax after the 2018 World Cup and was a key member of their run to the Champions League semi-final in 2019. The emergence of striker Dušan Vlahović – reports suggest Real Madrid and Manchester United are among those eyeing him – furthers the potency of this Serbian attack. 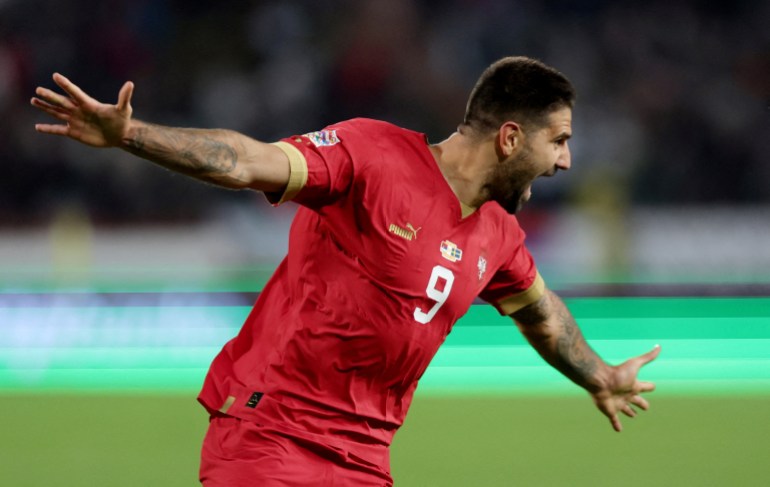 Serbia and Brazil lean heavily on their attacks and possess chinks in their backlines. Serbia have kept just three clean sheets in their last 14 official games. Meanwhile Brazil’s squad is lacking in the wing-back positions: Danilo, Alex Telles, Alex Sandro and Dani Alves do not inspire confidence. Their attack-minded nature could be exploited by Serbia’s pacy wingers.

Brazil enter the World Cup in stellar form and are yet to lose a game since the Copa America final loss to Argentina last year. They have scored a staggering 18 goals in their last five games. Serbia has won four of its last five games, scoring 14 goals in them.

All of which points to one thing: On Thursday, expect a high-scoring affair.