This is perhaps the first time since Euro 2016 that Belgium arrive at a major tournament without being heralded as contenders – the sheen of their Golden Generation has worn off.

They have won each of their six group matches in the past two World Cups but they’ll struggle this time in a group featuring 2018 finalists Croatia, Morocco and their opening-game opponents, Canada.

Canada’s Maple Leafs have arrived in Doha full of hope. This will be only their second World Cup appearance – the first since 1986.

Belgium’s track record over the past few years shows that they comfortably beat lower-ranked sides but stumble against quality opposition. They lost to the eventual champions France in the 2018 World Cup and to Italy in the quarterfinal of the Euros last year.

Eden Hazard, one of the standout Belgium players in the 2018 World Cup, has hardly featured for Real Madrid since his move in 2019. While many called for him to be replaced by Leandro Trossard in the starting XI, manager Roberto Martinez’s faith in his captain has not wavered.

Romelu Lukaku has been plagued by injuries and poor form over the past year and the Red Devils lack a strong backup striker to make up for his absence. The lynchpins of their defence, Jan Vertonghen and Toby Alderweireld, have a combined age of 68.

Kevin de Bruyne and Thibaut Courtois, arguably the only two world-class players in the squad, will be key to Belgium’s chances.

The Maple Leafs secured their spot in the tournament in style, winning eight of their 14 games in the CONCACAF qualifiers, defeating heavyweights Mexico and USA.

While 22-year-old Bayern Munich full-back Alphonso Davies is the undoubted Canada star, Lille striker Jonathan David and Club Brugge forward Cyle Larin showed in the qualifiers. Larin was the top scorer with 11 goals, with David close behind in second with nine. 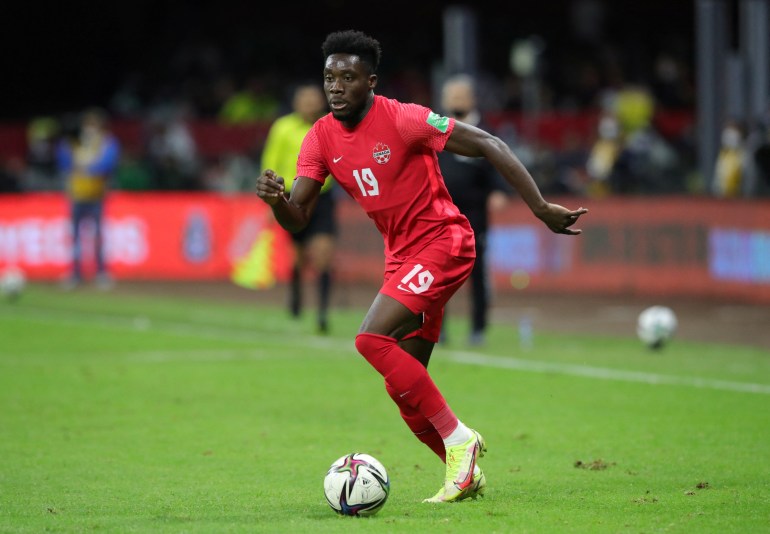 The pace and verve of Canada’s attack will make for a fascinating battle against the ageing but experienced Belgium rearguard. The only time these two sides have met before was in a friendly in 1989 that Belgium won 2-0.

Belgium enter the World Cup in indifferent form, having lost to Netherlands and Egypt in their last two outings. Canada, too, has won just two of its last five games.