Doha, Qatar – It wasn’t the way Lionel Messi scored but the way he seized the moment and made it his own in front of 88,000 people.

Lusail Stadium needs to be a no-fly zone when Argentina play there with Messi in the ranks.

The passengers on any airplanes above the stadium when Messi scored would’ve felt the turbulence caused not by the dirty air but the peacefulness of a late November evening destroyed with utter disdain by Argentina fans celebrating a Messi goal in a must-win match.

The crowd had been loud all evening. But perhaps the fine margin between Argentina’s survival and elimination kept the sound levels in check somewhat. Or maybe they were saving their voices for Messi’s goal, certain that the maestro would deliver when it mattered and that it would all go according to plan. 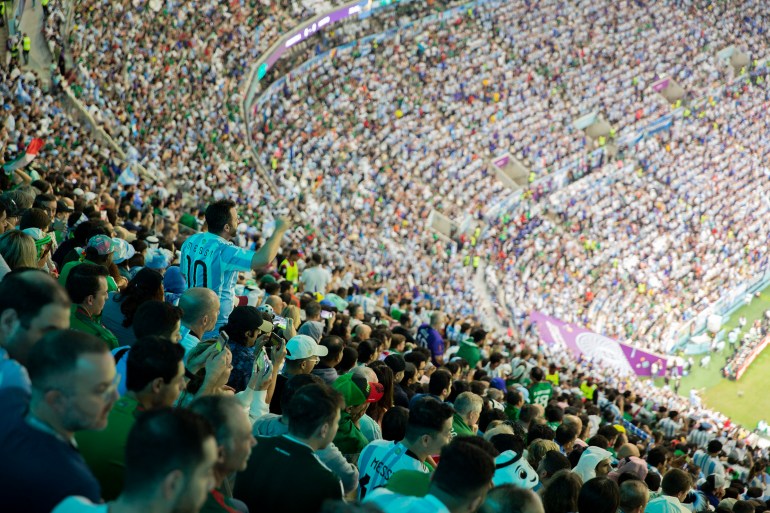 Two days ago, I compared low-flying F16s to 60,000 celebrating Brazilian fans and how the latter would arguably win in a contest to gauge the loudest.

On Saturday night, I was proven wrong.

Messi scored, and the stadium erupted. If sound waves could turn into flames, pour scorn on everything around them – that by now was little bits of nothing – and leave them to burn before taking over the space left behind, that was the moment.

In Brazil eight years ago, that 7-1 was in a semi-final. This year, Argentina had been clinging on. The loss to Saudi Arabia not only rattled them but left them humiliated – and facing an early World Cup exit. In a group match. 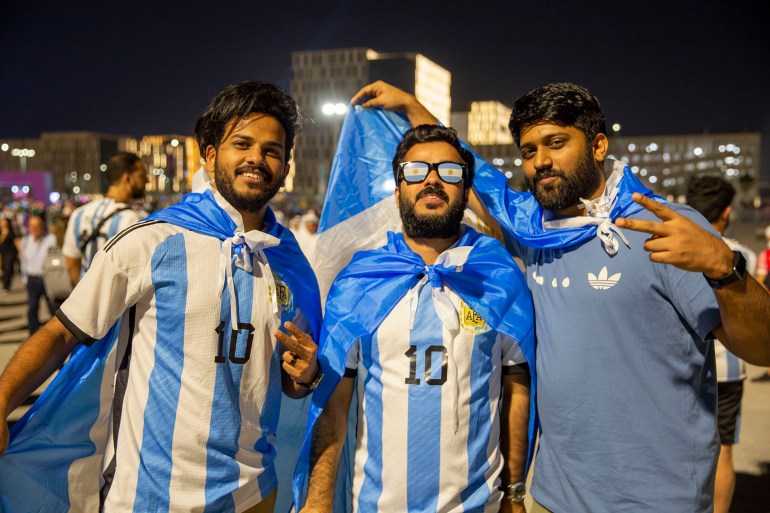 But Messi scored. And now Argentina were dreaming again: On the pitch, in the crowd, in Buenos Aires many thousands of kilometres away and in Rosario a couple of hours up the road where this little boy still lives in murals and memories of residents.

“How do you want me to answer that?” said an Argentina fan after the game when asked to describe if he was relieved the team survived or impressed by Messi.

“It’s Messi. It’s football. Football was made so that Messi could come and honour it. It’s Messi. I don’t think I can say much more. You saw what he did.”

And it was not just the Argentinians who were left in awe. A young Mexico supporter, draped in the greens of her team, interrupted her father who had just said that “Messi’s performance wasn’t enjoyable”.

“Now we’re supporting Argentina and Messi to beat Poland and help us reach the knockouts,” chuckled her father. 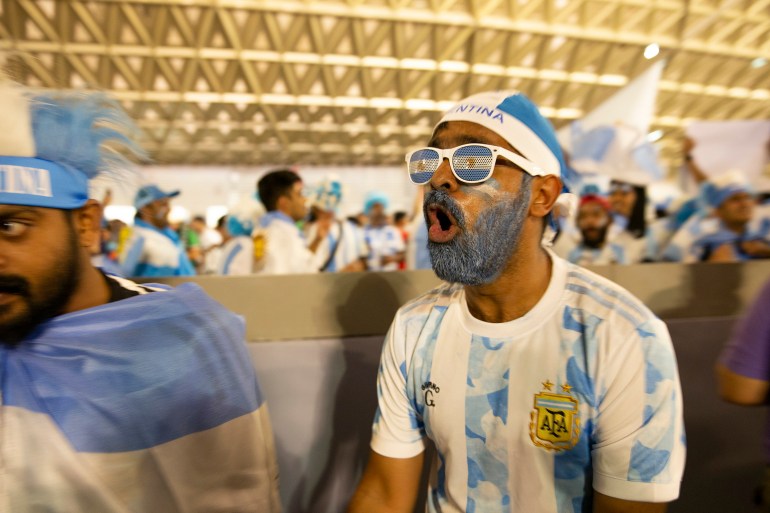 For Cristina, an Argentina match and being able to watch Messi live in action was a dream come true. A Messi goal, given what was at stake, was extra icing with a cherry on top, to cherish for eternity.

“I landed in Qatar yesterday [from the Philippines],” she said. I’ve always been a huge Messi fan. And oh my gosh, I was so nervous given that if they lost, they would’ve been eliminated. Not the result I would’ve wanted. But then I got what I came here for: a Messi goal!

“My life is complete,” she added, glancing towards her cousin Det who admitted she was not a football fan but had come to witness the culmination of long years of construction work she had witnessed during her six years in Qatar. 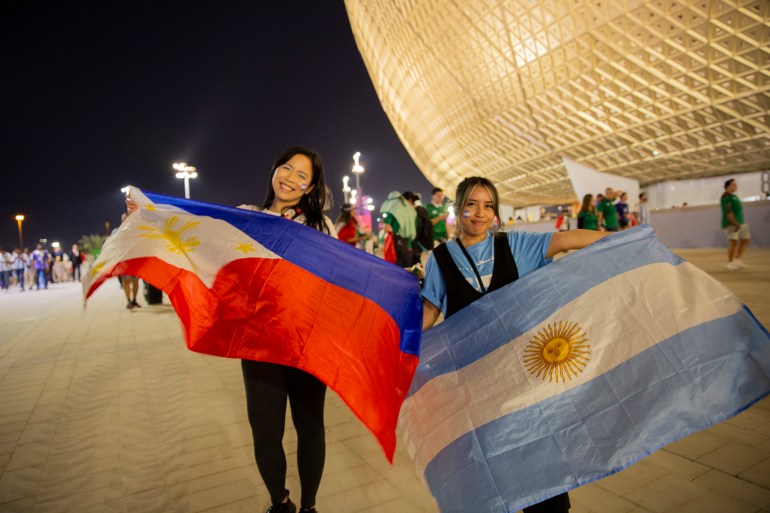 “Qatar is not a now-or-never World Cup for Messi, it’s a postscript for a movie that was supposed to have ended in Russia,” Shubi Arun wrote on Al Jazeera earlier this month.

Diego Maradona is no more. For Argentina, and football, it’s Messi carrying the flame.

For him, it’s now or never as he’s likely playing in his last World Cup.

Before the match, Saudi and Mexican fans continued taking jabs at Messi, looking around and “checking” each other’s pockets outside the stadium and exclaiming: “Where is Messi? Where is Messi?”

The goal against Mexico will not make it into the top 10 goals of the tournament. But it will surely be one of the talking points. Because it was Messi, he scored and Argentina survived. 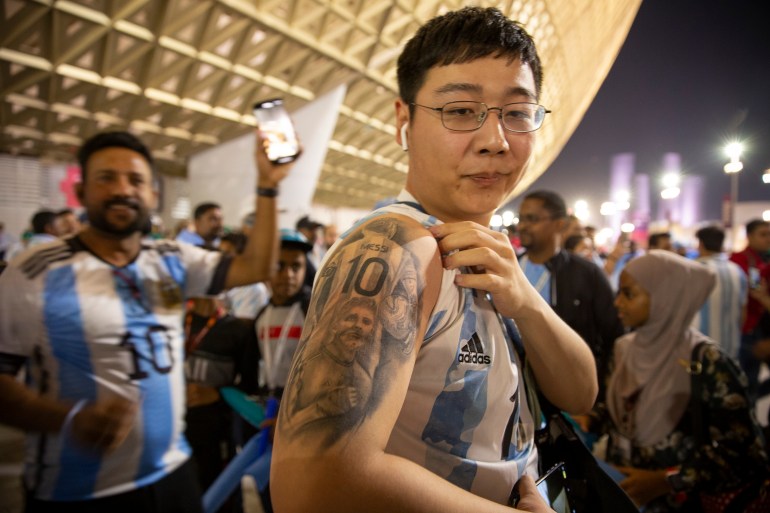 A football fan and a tattoo: this is what Messi is for his followers [Faras Ghani/Al Jazeera]