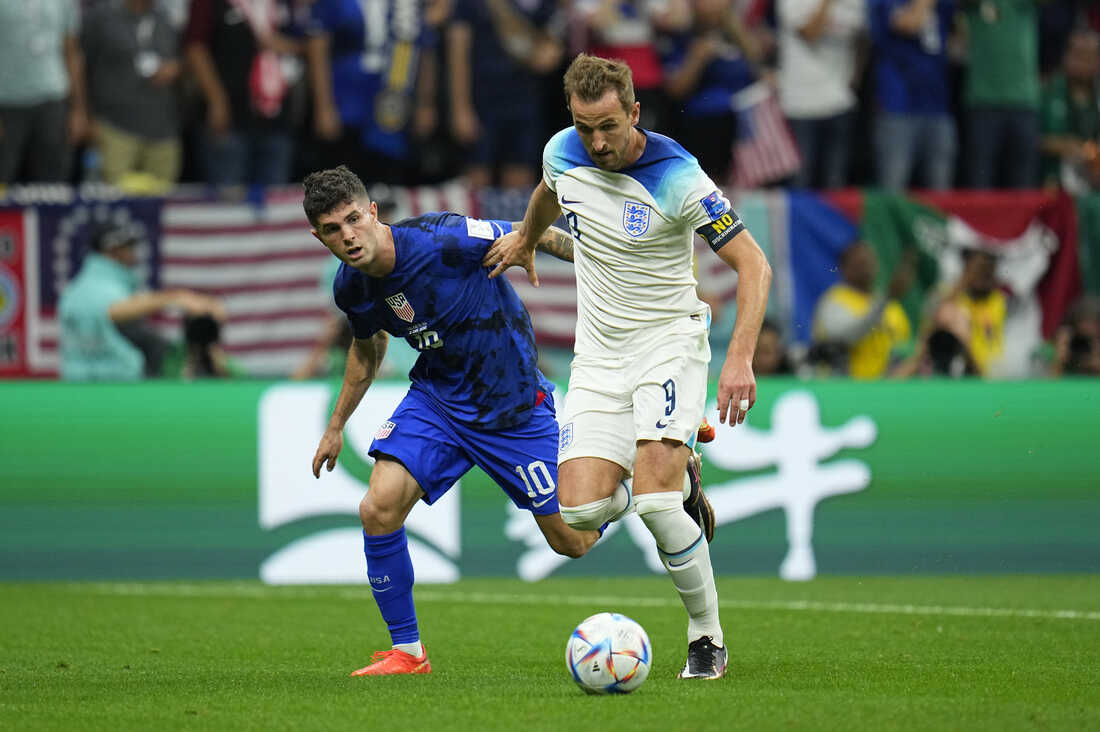 England’s Harry Kane, right, fights for the ball against Christian Pulisic of the United States during the World Cup group B soccer match at the Al Bayt Stadium in Al Khor, Qatar, on Friday. England’s Harry Kane, right, fights for the ball against Christian Pulisic of the United States during the World Cup group B soccer match at the Al Bayt Stadium in Al Khor, Qatar, on Friday.

DOHA, Qatar — The U.S. men’s team tied England in a scoreless game at the World Cup on Friday.

Considering the British team is among the favorites to win the entire tournament, it’s an impressive performance from Team USA, which debuted one of its youngest World Cup teams ever in its return this year after failing to qualify for the tournament in 2018.

Despite England’s vastly superior World Cup record, the U.S. men’s team has never lost to England in the tournament. England, though, missed a chance for redemption this game, after the team’s famous upset loss against the Americans in 1950.

As the final whistle blew — after four minutes of added time — boos echoed throughout Qatar’s Al Bayt Stadium from fans likely disappointed without a definitive result.

The United States, now with two points after two tied games, stands in third place in Group B behind England with four points and Iran, with three points. Wales has 1 point. England’s 6-2 win over the Iranians in the teams’ first group match should give the Americans confidence heading into its turn with Iran next week.

“We’re proud but our work’s not done,” U.S. coach Gregg Berhalter said in postgame interview on Fox. “We have to win on Tuesday. We know five points gets us in. We’ve got to focus on the five points.”

To stay in the tournament and reach the knockout stage, the U.S. will have to beat Iran, which pulled off a surprising 2-0 victory earlier in the day. England faces off with Wales next. Both games will be at 2 p.m. ET on Tuesday.