Kosovo’s Sports Minister has revealed his anger and devastation after photos showed the Serbia team hung a flag in their changing room at the World Cup effectively reclaiming his country.

The photograph was taken in Serbia’s dressing room before they lost 2-0 to Brazil.

It showed a version of the Serbian flag, with a map including Kosovo as part of the country. It was stamped with the slogan “there will be no surrender”.

“We expect concrete actions from FIFA considering that (Kosovo) is a full FIFA and UEFA member,” added Ceku. 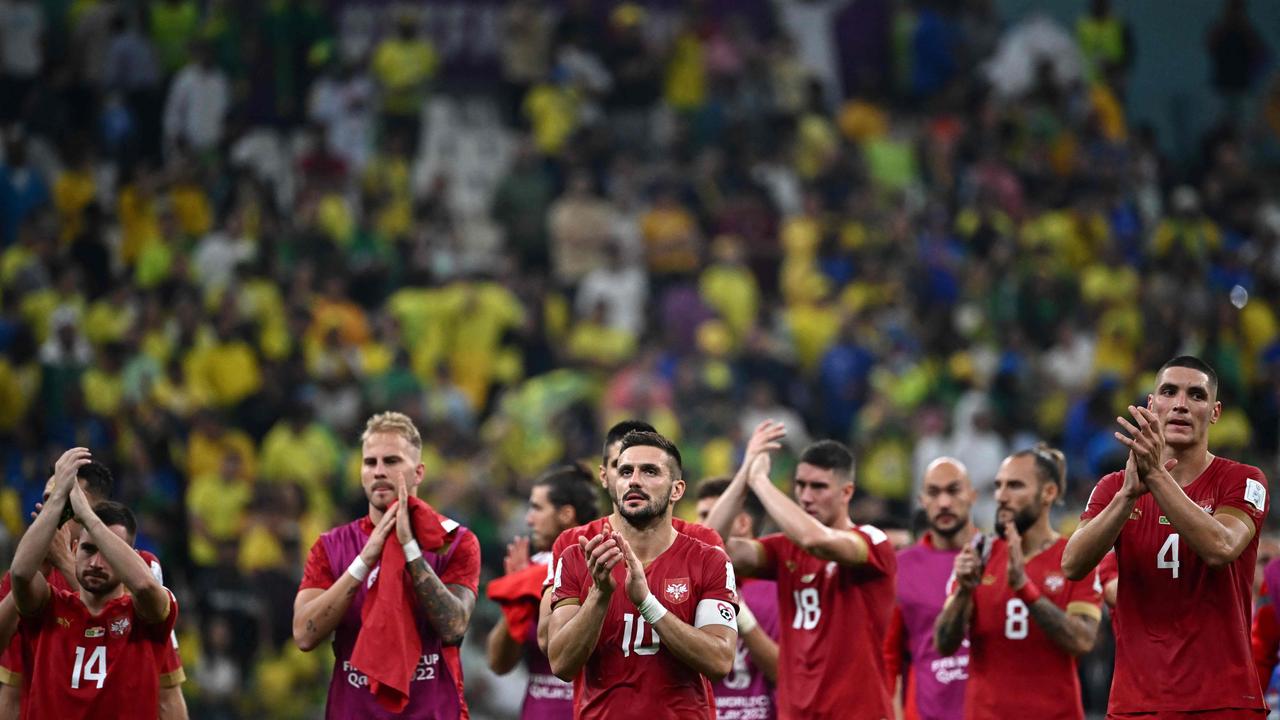 Players of Serbia applaud at the crowd after losing 2-0 to Brazil in the Qatar 2022 World Cup Group G football match between Brazil and Serbia. (Photo by Anne-Christine POUJOULAT / AFP)Source: AFPThe photograph was taken in Serbia’s dressing room before they lost 2-0 to Brazil. Pic: TwitterSource: Twitter

The Kosovo Football Federation (FFK) announced that it had filed a complaint with FIFA against “Serbia’s aggressive action”.

“Such a chauvinist act has no place at sporting events and even less inside establishments where the biggest world football event is taking place,” said the FFK in a press release on their website.

“It is unacceptable that this act is passed over in silence and we insistently demand that FIFA strictly apply its rules and punish the Serbian Football Federation for this aggressive act contrary to the values that football transmits”, added the FFK.

The former Yugoslav province with an Albanian majority declared independence from Serbia in 2008, which Belgrade refuses to recognise.

Stay ahead of the punting pack with CODE Bet.Click here for all the latest World Cup betting previews and odds comparisons.