A gritty Poland saw off Saudi Arabia with a 2-0 win in a game fraught with drama.

Piotr Zielinski on Saturday opened the scoring for Poland in the 39th minute with a smart finish against the run of play.

Salem Aldawsari had the chance to bring Saudi Arabia back on level terms towards the end of the half but his penalty kick was superbly saved by Wojciech Szczęsny. The Polish keeper, who was arguably Poland’s best player in the game, superbly saved the follow-up by Mohammed Alburayk, too.

A late Robert Lewandowski goal, his first in a World Cup, added gloss to a hard-fought Poland win.

“You have to be efficient but we weren’t,” said Saudi Arabia coach Herve Renard after the game. “But I am very proud of my players. We are not finished yet.”

After two matches, Poland have four points and Saudi Arabia three. Mexico and Argentina, who face off later on Saturday, have one and zero points, respectively after one match.

Riding on the confidence of their win over Argentina and cheered on by a sellout Education City Stadium crowd, predominantly in green, Saudi Arabia dominated the game for large periods of the game. But, a resolute Poland back line and an inspired goalkeeping performance kept them at bay.

The inflection point of the game was Szczęsny’s penalty save. Saudi Arabia deserved a goal for their efforts in a first half where they had Poland on the ropes. But the Juventus keeper’s double-save knocked some of the air out of them.

Still, the Green Falcons continued to be dangerous as the game progressed and it took another sensational save from Szczęsny with his legs to deny Aldawsari in the 55th minute. 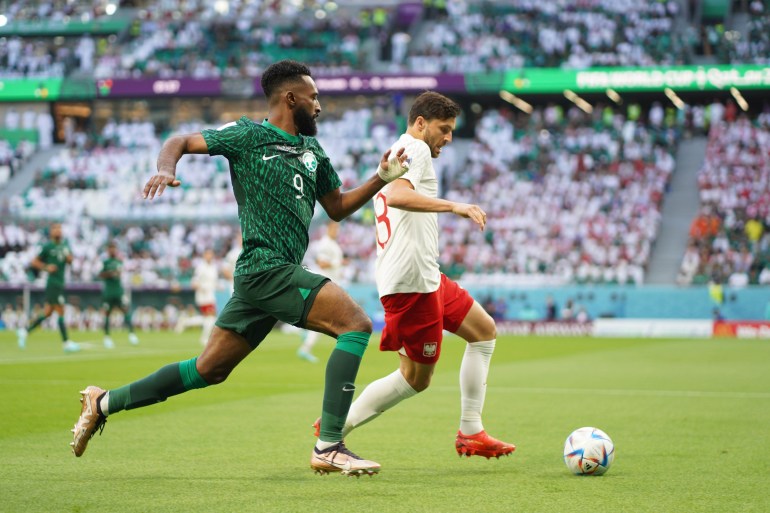 Poland then was able to feed off the tension festering in the stands and the frustration in the Saudi players and began to wrest back control of the game.

While Saudi Arabia’s performance featured many elements from their victory against Argentina – the high line, the energy in midfield, the pace on the wings – they were vulnerable in transition as Poland hit the woodwork twice, first with Milik’s diving header and then a close range shot by Lewandowski.

By the Barcelona forward, arguably one of the best in the world, found the net in the 82th minute when he pounced on a mistake by Abdulellah Almaki and found himself in a simple one-on-one situation that he comfortably finished. 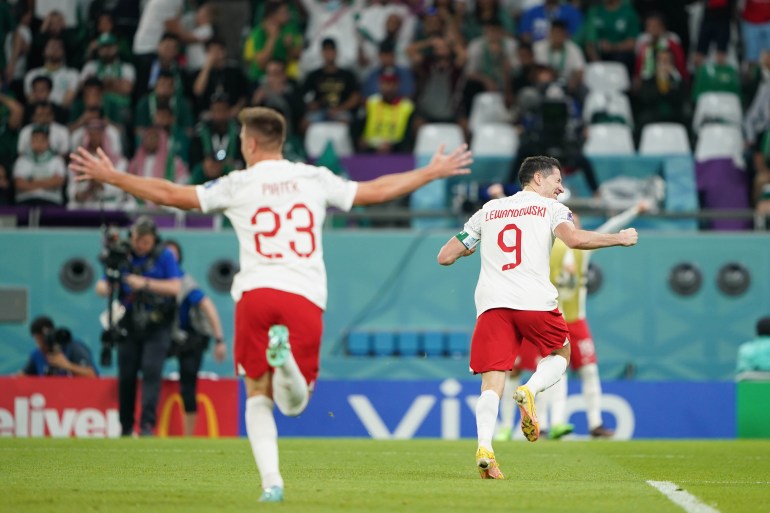 Lewandowski had tears in his eyes as he celebrated scoring his first World Cup goal. He raced towards the corner with his arms outstretched, then stayed slumped on the field as teammates rushed to congratulate him. He got up, rubbed his face, and blew a kiss to the crowd.

Poland will next face Argentina, while Saudi Arabia will meet Mexico in their last Group C games. 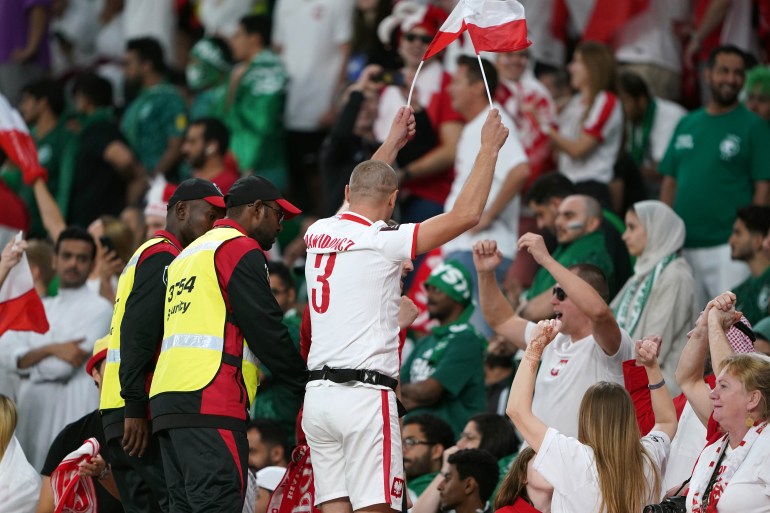