Doha, Qatar – As the announcer blared one after another the names of the Saudi players – to loud cheers inside Lusail stadium – a distinctive pattern emerged.

Of the 11 players lined up on Tuesday up to play against Argentina, nine were from Saudi champions Al Hilal – a rare occurrence for a modern-era football World Cup.

What’s more, two of the five substitutes that took to the pitch for the Green Falcons also play for the same club.

And crucially, Saleh al-Shehri and Salem al-Dawsari – the scorers of both Saudi Arabia’s goals in the historic upset against the Lionel Messi-led Argentina – are also Al Hilal players. 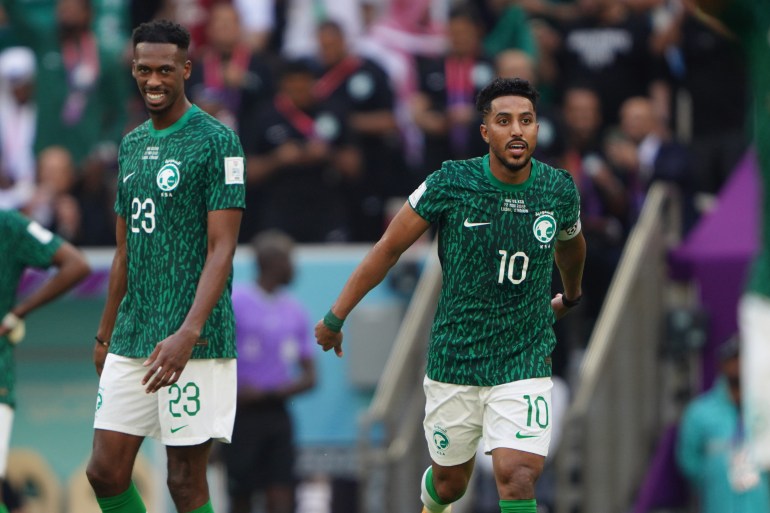 Who are Al Hilal?

Founded in 1957, Riyadh-based Al Hilal are the kingdom’s – and Asia’s – most successful team, attracting big names from home and abroad.

In June, the team nicknamed the Blue Waves were crowned champions of the Saudi Pro League for an 18th time.

Their roster included Nigerian international and former Watford and Manchester United striker Odion Ighalo, who scored the two decisive goals in the last match of the season that helped them clinch the title.

Since the top Saudi league was established in 1976, Al Hilal are among only four teams to have participated in every season.

They have also won the Crown Prince Cup, the oldest domestic football competition in the kingdom, a record 13 times. 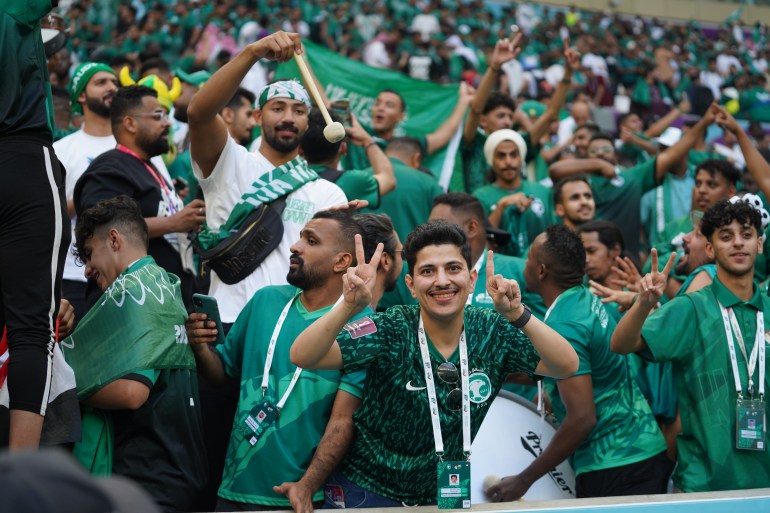 Is Al Hilal’s success good for the Green Falcons?

In international football, players, busy with club commitments, hardly get time to train with their national team peers and develop a close understanding of each others’ movement on the pitch.

In the run-up to the World Cup, the first to be played at this time of the year, many players joined their national teams just a few days before the 32-team global tournament got under way on November 18.

Managers preparing for months had little time to put their final stamp on their teams or assess their players adequately.

But for the Saudis, it was a different story.

Eleven of the players that stepped onto the field against Argentina train with each other daily. And in a rather interesting twist, these footballers are all coached at Al Hilal by an Argentinian: Ramón Díaz, an experienced manager who has been in charge of several teams in his home country, as well as the national team of Paraguay. 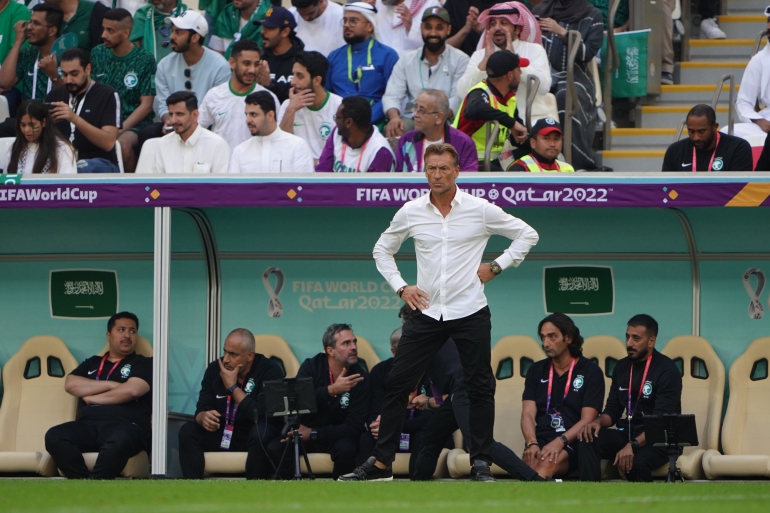 Aside from having almost all their starting 11 from one team, the Saudi national team has a coach who has made a name for himself turning unfancied teams into killers of giants.

Frenchman Herve Renard, 54, burst onto the international scene in 2012 when he led Zambia to the Africa Cup of Nations title for the first time, beating in the final an Ivory Coast team that included English Premier League legends such as Didier Drogba and brothers Yaya and Kolo Toure.

Renard, a powerful motivator, then headed to Ivory Coast where he led them to the continental trophy before setting up camp in Rabat. He then guided Morocco to the 2018 World Cup in Russia, the first time in 20 years the North Africans qualified for the tournament.

Saudi Arabia are next in the World Cup action on Saturday against Poland, looking for a win that will get them to the next stage. And with a group of players who have trained together for so long and a coach who has mastered the art of overachieving, the Green Falcons can hope to be able to scale new heights.