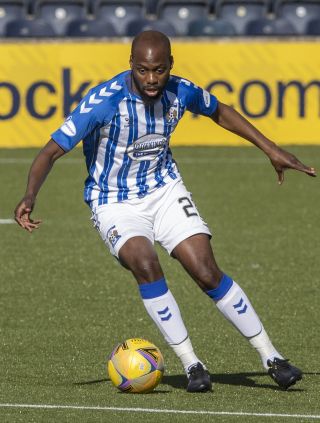 Kilmarnock boss Alex Dyer will be without Youssouf Mulumbu for Saturday’s visit of Hamilton.

The 33-year-old former West Brom star has returned to Rugby Park for a third spell after more than a year out of the game but has tweaked a hamstring and will sit out the clash with Accies.

Four Accies players, one of whom is defender Lee Hodson, are out through Covid-19 issues.

Four other players are injured with Rice left struggling to fill the bench.