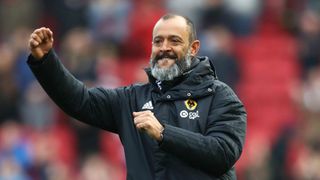 European football so close Wolves can almost smell it. The Champions League lies beyond reach now, but a Europa League spot is their's to lose. Espirito Santo's side are seventh in the standings, but will move back above Spurs into sixth with a win.

Crystal Palace are ideal opponents, with little left to play for and on a run of six straight defeats. They're already on the beac vh, and you ca expect another loss this evening.

Kick-off is at 8.15pm BST and the game is being shown on BT Sport 1 / BT Sport Extra 1 / BT Sport Ultimate in the UK. See below for watching details where you are.