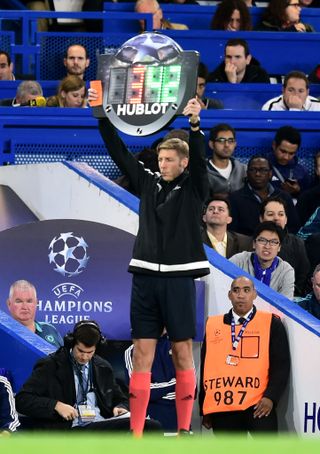 A decision on whether or not to allow five substitutes per side in the Champions League and Europa League group stage could be taken by UEFA’s executive committee on Thursday.

The issue is not on the agenda for the meeting in Budapest but the PA news agency understands it is almost certain to be discussed.

Only three substitutes have been allowed in the preliminary rounds of UEFA’s club competitions this season but there are likely to be calls to change that for the group stages, which are due to get under way next month.

Premier League clubs have reverted to three substitutes for the current season, having opted to allow five in the restarted 2019-20 season.

#PL Clubs also agreed to revert back to using up to three substitute players per match, with a maximum of seven substitutes on the bench. pic.twitter.com/e3Fqtf9QNr— Premier League (@premierleague) August 6, 2020

The amendment to the law was proposed by the sport’s world governing body FIFA and approved by lawmakers the International Football Association Board (IFAB).

The move was welcomed by world players’ union FIFPRO as a helpful way to manage player workload as the coronavirus pandemic indirectly led to a hugely-congested football schedule.

UEFA executive committee member Andrea Agnelli spoke favourably about the five-substitute rule when he was asked about it at the European Club Association’s general assembly earlier this month.

“I think we want to make sure that we see this also at international level, in the Champions League, Europa League, so that we have a consistent, harmonised style of play,” he said.

“This was a consensus we had across the general assembly when we discussed it amongst ourselves, especially given the congested calendar.

Calendar congestion caused by the coronavirus pandemic will also add complexity to the decision around when to schedule Europe’s qualifying matches for the 2022 World Cup.

It is likely that UEFA will want to complete the 2020-21 Nations League programme before beginning the qualifiers, as the outcome of that tournament links into qualification.

The scheduling of the Nations League finals is also on the agenda for Thursday’s meeting.

The qualifiers would need to be complete by March 2022, leaving space for play-offs to take place in June of that year, with the tournament in Qatar being held in November and December.

🇭🇺 The #UEFAExCo will meet in Budapest ahead of the #SuperCup on Thursday 24 September.— UEFA (@UEFA) September 18, 2020

The ExCo takes place before the Super Cup in the same city later on Thursday, and it is understood members will want to see how the return of spectators goes before making any decisions to allow fans to more widely attend UEFA competition matches, where national governments permit it.

No decisions are expected to be taken regarding broadcaster rebates which will affect the level of prize money due to clubs who competed in the Champions League and Europa League in 2019-20.

Agnelli said earlier this month that clubs would miss out on 575 million euros (£527million) because of the repayments.

Nasser Al Khelaifi, the Paris St Germain president, is due to attend the meeting in his position as a member of the ExCo.

Al Khelaifi faces a charge of incitement to criminal mismanagement in an ongoing trial in Switzerland, a charge he strenuously denies.