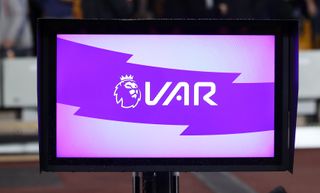 VAR was rolled out in the English top flight last season but the system was criticised as a number of decisions were controversially overturned while there were sometimes lengthy delays before a conclusion was reached.

A YouGov poll of 895 frequent Premier League spectators found that around half believe VAR has improved the accuracy of refereeing decisions and only 25 per cent say it has worsened them.

But 63 per cent insist the game is less pleasurable to watch because of VAR, which has worked badly according to 51 per cent of those polled.

Both of those figures have fallen slightly from a similar survey conducted by YouGov in January, indicating fans might be slowly warming to VAR, as 71 per cent said they wanted to keep the system but change the way it is used.

Only 15 per cent of respondents said they wanted to stop using VAR entirely.

Three-quarters want a time limit on decisions, 86 per cent would like to be able to see what the VAR at Stockley Park is watching, while 72 per cent think on-field referees should be encouraged to consult pitchside screens.

Ahead of the 2020-21 campaign getting under way this weekend, Premier League chief executive Richard Masters said on Wednesday increased use of pitchside monitors by referees may help ease supporters’ VAR frustrations.

“I think we were going to make changes with regard to referee review areas in any event, it was going to become more prevalent next season,” he said.

“Ultimately it is down to making quicker decisions, more consistent decisions and better decisions.

“Last year VAR did deliver an improvement in decision-making, the statistics showed that, but it was always going to have some bumps in the road because it was the first season.

“I think if you get those three things I talked about better and right then you’ll see greater acceptance by fans. Hopefully it will be a more positive experience for fans watching in stadiums and via TV next year.”