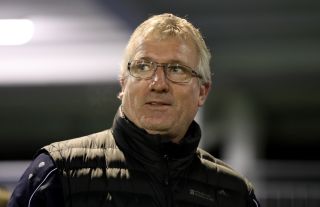 Former England goalkeeper Tim Flowers has been appointed as the new manager of Macclesfield, the Vanarama National League club have announced.

Flowers, who won 11 international caps and was part of his country’s squads for Euro 96 and the 1998 World Cup, has signed a one-year deal at Moss Rose.

The Silkmen were relegated from Sky Bet League Two in August following a points deduction for breaches relating to non-payment of wages.

Flowers replaces former head coach Mark Kennedy, who left the club after the drop into non-league was confirmed.

The 53-year-old returns to management having left Solihull Moors by mutual consent in January and will be assisted by Gary Whild and Danny Whitaker.

He won the Premier League title with Blackburn in 1995 during a playing career which also included spells with Wolves, Southampton and Leicester.