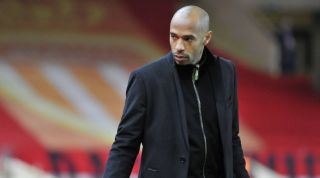 The Gunners great took charge of the Ligue 1 club for just over three months last season but was sacked after winning four games out of 20.

But Pires has backed him to succeed as a boss, after pointing out the difficulties his friend faced in France.

“I saw Thierry a few weeks ago for the game against Tottenham at the Emirates and he is waiting,” Pires said, as reported by the Mirror.

“He is waiting for something, for the new challenge. Some people say 'Yeah, but he was a mistake with Monaco'. I say no.

“When you start like this, like Thierry, if you have only three months it's so difficult to prove something. And especially at this moment. Monaco were so bad, it was so difficult, they had a lot of injuries.

“He told me it was a good experience with Monaco. Unfortunately only three months. But he's ready. He's ready for the new job and he's waiting for something.

“I think he deserves to have a second chance, maybe in the Premier League.”

Pires ruled out the idea of following Henry into the managerial world.

“I think it's a great job, a fantastic job. But it's so difficult, so hard every day with the players, with the fans, with the media, with the owner.

“For the moment I'm involved with Arsenal, like an ambassador, and believe me it's more relaxing and more quiet. For me it's perfect.

“I love Arsenal, I'm open to working with the first team, with Unai Emery maybe one day, but for the moment it's not in Arsenal's plans and I respect the decision.”

QUIZ! Can you name Arsenal players used vs German opposition since 1996/97?