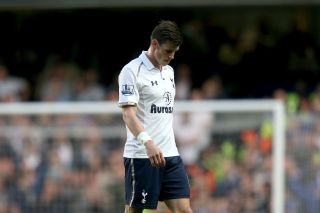 Gareth Bale could become the latest player to test the old warning that one should never go back to a former club, with Tottenham in talks over ending the Welshman’s Real Madrid hiatus and reigniting his Premier League career.

Here, the PA news agency picks out five other top stars who have dared to return to their former clubs – with relatively favourable results.

The 34-year-old striker signed for the Cherries earlier in the summer of 2017, marking a return to the club where he spent the 2000-01 season on loan from West Ham. The south coast club gave Defoe his first significant opportunity in senior football and during his time at Dean Court he netted 19 goals in 31 appearances in all competitions. Defoe also had two permanent stints at Tottenham, when he rejoined Spurs from Portsmouth in January 2009, a year after leaving the north London club.

Downing re-signed for his boyhood club in the summer of 2015, having started his career at the Riverside Stadium in 2003. The fleet-footed left winger spent six years with Middlesbrough between 2003 and 2009 before moving on to Aston Villa, Liverpool and West Ham. Downing would make a further 153 appearances for Boro in his second spell, before signing for Blackburn in 2018.

Pogba returned to Old Trafford in 2016 in an £89million switch from Juventus. The French midfielder joined United’s academy in 2009 from Le Havre and spent three years there, until he left for the Italian giants in the summer of 2012. However, Jose Mourinho saw it fit to bring the 24-year-old ‘home’ in one of the most expensive transfers of all time. Although Pogba remains at Old Trafford, consistent reports have suggested his days could be numbered.

Chelsea signed Matic from Slovakian outfit FC Kosice in 2009. But after failing to make an impact in his first year at the club, and a season-long loan to Dutch side Vitesse Arnhem in his second year, he was offloaded to Benfica for just £4.25million. Mourinho then opted to bring the Serbian back to Stamford Bridge in January 2014 for around five times the price the club sold him for two-and-a-half years earlier, but he was a key performer in the 2015 and 2017 Premier League title successes.

Having risen through the Everton youth ranks, Rooney’s £25.6 million move to Manchester United in 2004 did not court favour with Toffees. But all that was forgotten 13 years later when it was announced that Rooney would be returning to his boyhood club on a free transfer. Rooney made 31 Premier League appearances for the club during the 2017-18 season and scored 10 goals, including his first Everton hat-trick in a 4-0 win over West Ham.