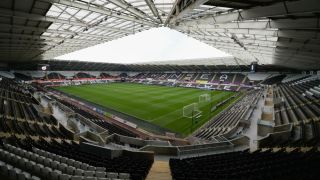 Swansea are three points off the play-offs with two matches left. The Swans will believe they have a chance of making it to Wembley but to have any chance they have to beat Bristol City this afternoon. Anything but a win will end their hopes.

Bristol City, meanwhile, have left it too late to reach the play-offs now, and will treat their last two matches as a chance to take a look at this squad before next season. It's still mathematically possible, but fans will no longer expect the Robins to have any hope of promotion. They go again next year.

Kick-off is at 3pm BST and the game is being shown on iFollow in the UK - the cost for UK residents is £10 per game, but just £6 for overseas viewers, so if you use a VPN you can get it cheaper. See below for watching details where you are.

It costs a tenner to see your team, but it only costs £6 if you are watching from overseas. So a smart tip is to get yourself a handy VPN, and set your location to overseas and pay less. We recommend ExpressVPN (more on which below).

Sky Sports  are the main players once again, but iFollow is your best bet if Sky aren't showing your game.