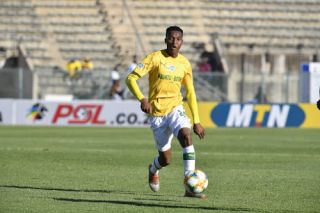 Newly-promoted side Swallows FC have captured the services of midfielder Sammy Seabi on a season-long loan from Mamelodi Sundowns.

The 25-year-old joined Sundowns in August last year after impressing the club during his stint at Polokwane City, but the midfielder had a difficult campaign with the Brazilians and only managed to feature five times across all competitions last season.

'We wanted to respect his club [by not announcing it yet] because we have not received a clearance yet,' Swallows chairman David Mogashoa told <em>KickOff</em>.

'They agreed but we need a clearance for the PSL to confirm that Sundowns allows him to join Swallows FC.'