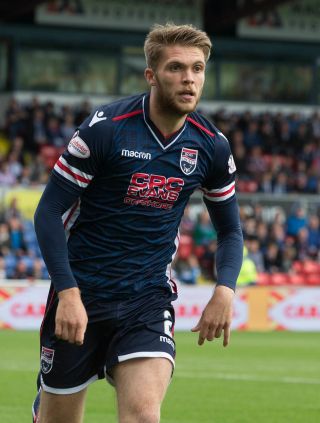 The 26-year-old former Celtic trainee has signed a one-year deal after rejecting a new contract offer from County.

The Saints boss told the club’s official website: “Marcus fits perfectly with the profile of players that we have brought to the club.

“He’s another one with great experience and played over 140 games in the Premiership with Ross County over the last few years.

“He’s a leader and I feel like I have leaders across the whole back four just now.

“It gives me some really good options across the back line and I’m delighted to get Marcus in.”

Fraser could make his debut in Saturday’s Scottish Premiership opener against Livingston in Paisley.

Fraser, who spent five-and-a-half years in Dingwall, said: “The last few months have been really strange for everybody but I’m looking forward to Saturday and I’ll be ready to go if I’m called upon.

“The manager phoned me last week and we had a good chat. I had a good feeling about it and having come into the club today I’m even more buzzing.”