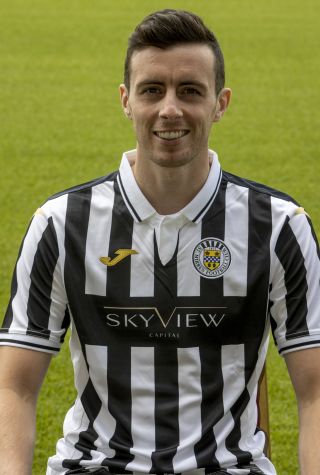 The defender was sent off for a tackle on Ross County forward Ross Stewart during the 1-1 Scottish Premiership draw in Paisley.

The former St Johnstone centre-back put in a straight-leg challenge with the ball bouncing two feet off the ground.

But Goodwin admitted he had not seen footage of the incident and the club have confirmed on their Twitter account that they would not be challenging the decision.

And County boss Stuart Kettlewell felt Collum had got the right decision, claiming his player had “dodged a real serious injury by millimetres”.