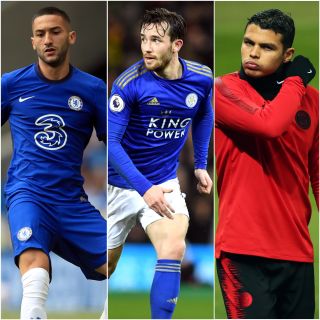 Chelsea have already made five senior signings in a summer of major Stamford Bridge rebuilding, with Germany forward Kai Havertz on the cusp of moving to west London too.

Here, the PA news agency looks at the new recruits to the Blues’ cause so far.

Chelsea’s summer recruitment started in February, with the Blues showing just how keen they were to jump back into the market following their transfer ban. Chelsea had been unable to prise Ziyech away from Ajax in January but quickly struck a deal with the Dutch giants for his summer move to Stamford Bridge. The £35million recruit started training in early July and made a promising debut in Saturday’s 1-1 friendly draw at Brighton. Dubbed the wizard of Amsterdam, Ziyech was one of the top assist makers in Europe in his time at Ajax, leaving Blues boss Frank Lampard a long-term admirer.

Once Liverpool cooled on the idea of meeting the prolific RB Leipzig striker £53m release clause, that allowed Chelsea to swoop in and seal the deal. Pace, power and natural finishing make Germany hitman Werner one of Europe’s hottest properties.

The England left-back added goals and assists to his repertoire at Leicester last term, blasting a notably eye-catching finish against Watford after the league restart. Boss Lampard had tracked Chilwell for some time and Chelsea were able to barter Leicester down to a £45m fee. The 23-year-old already boasts plenty of experience and has his best years ahead of him, leaving the Blues hierarchy hugely excited about his Stamford Bridge potential.

The France Under-21 cap was available on a free transfer at the end of his contract with home town club Nice, and so proved an added extra capture for Chelsea. The 21-year-old will head straight out on loan to build experience, but with more than 100 senior appearances already under his belt for Nice the Blues see a big future for the fast-rising centre-back.

A fourth-place Premier League finish and Champions League qualification proved a fine start to life managing Chelsea for Lampard. The Blues’ major failings proved their defence, and the former England midfielder has never hidden his desire to rejig his resources. Lampard’s defence was crying out for a dominant force and leader, and so the Blues moved quickly to snap up Brazil veteran Silva on a free transfer from Paris St Germain. The 35-year-old might not fit the club’s general age profile, but an exception has been made given his “proven world-class credentials” as the Blues declared when recruiting the 89-cap defender.