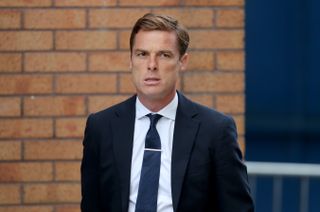 Fulham manager Scott Parker explained his side have to have a different “mindset” this year when it comes to winning matches ahead of their Premier League clash with Aston Villa on Monday.

Last season, the west London club secured promotion via the play-offs, winning 25 matches while losing just 14 in all competitions.

This year, Fulham marked their return to the top flight with a 3-0 home loss before being edged out by Leeds in a seven-goal thriller but the manager insisted a different attitude is needed when approaching defeats this season.

“Football clubs when you lose football matches are not nice places.

“What we did last year and the expectation on us and from me as the coach was that we couldn’t afford to lose two or three on the bounce, or go four or five weeks without a result, because we were trying to win the league and get promoted.

Last season Villa just avoided relegation, having been promoted the season before, and Parker insisted that is also the goal for Fulham.

Parker said: “For a club like us, who have just come up from the Championship, we are where we are with the squad. We need to stay in the division. To do that we need to do something different this year to what we did last year.

“From my time at West Ham, from my time here when we got relegated, the defeats are going to happen. But you can’t afford to let the noise affect you.

“But what is going to be vitally important to us is, ‘What is the next task in hand?’ That will be an opportunity for us to get back on the horse and get going again.

“That’s where we are. The teams I was involved in were teams that didn’t understand that.

“For sure, for this club this year and my team, I won’t let that happen. I don’t want that to happen because I know how important it is going to be.”