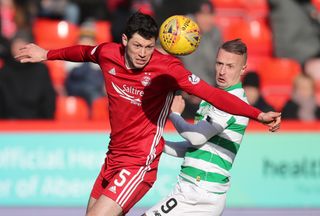 Aberdeen are set to welcome back Scott McKenna and Bruce Anderson from self-isolation when they host Livingston on Sunday in the Scottish Premiership.

Livingston will include two new signings in their squad. French defender Julien Serrano has joined on loan from Monaco while striker Lars Lokotsch arrives from the German fourth tier.