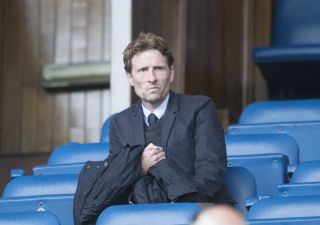 The Scotland senior team has three home games in a week in October starting with the play-off semi-final against Israel on the 8th before Nations League matches against Slovakia and Czech Republic.

To that end, Clarke revealed he will name an expanded squad and Gemmill believes that could give extra incentive to his players in Tuesday’s European Championship qualifier away to Lithuania, although any promotions to the A squad could leave the Under-21s short for their match against Czech Republic on October 10.

On the possibility of players being called up by Clarke, Gemmill said: “You might follow that up by saying would that effect the under-21 squad.

“I hope it does. That is the objective, to help these players get that opportunity.

“If that happens, we will obviously adjust and it means younger players getting the chance to come with us.

“It should be standard procedure and it is great to see it is starting to happen more and more.”

Gemmill stressed again that development is the primary objective of the Scotland under-21 set-up.

He said: “A few people might be surprised to hear my comments, the priority has always been about the development of the players.

“We have been lucky to qualify for the finals at the younger age groups when I was working with under-17s, we qualified for four straight European finals and of course that is very important for the players to get that exposure and further experience.

“But at the same time it doesn’t guarantee that they move on to the next level.

“It is about us giving that experience to the right players. We all know that not every under-21 player goes on to play for the full squad.

“So it is about us trying to zoom in on player we feel can go all the way so we are using this experience to its full potential.”

Gemmill insists a qualification spot remains up for grabs for his Scotland under-21 side.

The young Scots, set to play for the first time in 10 months, have eight points from five games in Group 4 with five matches remaining.

The former Scotland midfielder said: “If you are talking about qualification, it is all to play for.

“It is really exciting to still have that achievable for the group as a big motivation.

“But if you zoom in on the performances in terms of developing young players then I think there has been lots of positives too.