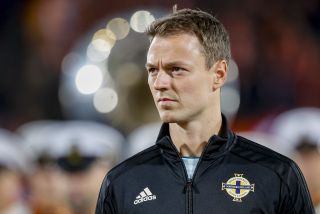 The UEFA Nations League is underway with Northern Ireland traveling to Romania this evening for their first Group E assignment.

Ian Baraclough's side have been dealt a difficult group, with rivals including Austria and Norway as well as tonight's opponents. A win this evening may turn out to be invaluable later down the line.

Kick-off is at 7.45pm BST and the game is being shown on Sky Sports Football in the UK. See below for watching details where you are.