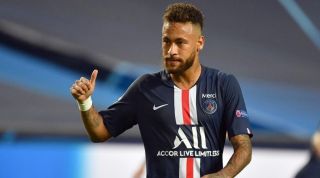 This is it; what it all comes down to. The most stuttering, interrupted football season in living memory comes to an end on Sunday night, as PSG and Bayern Munich face off in Portugal for the ultimate glory in European club football.

PSG have seen off Atalanta and RB Leipzig since the lockdown ended, en route to the final, while Bayern finished the job against Chelsea, before hammering Barcelona and Lyon. The Germans will be favourites, having already secured a double this season and boasting arguably the most in-form player in Europe, Robert Lewandowski. PSG have proved themselves to be gritty and up for a battle however, with late winners and assured displays getting them to this stage.

Expect plenty of goals, high drama and, of course, ecstasy for one set of players at the end of a long, gruelling campaign.

Kick-off is at 8pm BST and the game is being shown on BT Sport 1/BT Sport Extra 1/ BT Sport Ultimate/BT Sport YouTube/Virgin Media Previews in the UK. See below for watching details where you are.

Convinced that Bayern are going to breeze it, or that PSG's superstars will prove too much for the Germans to handle? This Win Probability Widget below will give you an idea who who punters are putting their money behind.

LATEST ODDS ON PSG VS BAYERN

AND Premier League live stream best VPN: how to watch next season's games from anywhere in the world