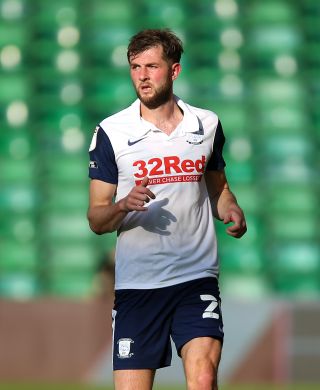 Preston forward Tom Barkhuizen has had his three-match suspension reduced to one game following an appeal.

Barkhuizen was sent off in the 22nd minute of Preston’s 1-0 home defeat to Stoke in the Sky Bet Championship on Saturday.

The 27-year-old appeared to have slipped as he went for the ball, making it look as though he intentionally went in with two feet on Stoke defender Morgan Fox.

“The (Football Association) panel have dismissed the appeal, meaning that the Lilywhites’ No.29 will serve a suspension for the tackle on Morgan Fox,” read a statement on the Preston website.

“However, they decided that the ban was excessive for the incident and have reduced the number of games that the player will miss from three to one, meaning that he will only miss the trip to face Thomas Frank’s Brentford this weekend.”

Barkhuizen will now be available for the home game against Cardiff on October 18 after the international break.