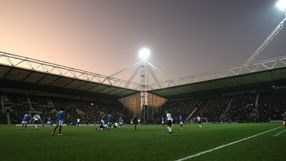 Preston have dropped to ninth in the table after a poor run of form since the restart. They're five points off the play-offs with just six points still available. Anything but a win here will surely end any desperate hopes of promotion this campaign.

Birmingham City are sitting five points above the relegation zone with two matches left. They might be within touching stance but fans won't relax until survival is mathematically assured. A win against the vastly superior PNE would be a nice way to seal their Championship status.

Kick-off is at 3pm BST and the game is being streamed on iFollow. If you're an international fan who normally watched on iFollow but is in the UK for this game, you can get around geotagging with a VPN below.

It usually costs a tenner to see your team, but it only costs £6 if you are watching from overseas. So if you're an international fan in the UK at the moment and don't want to pay more, get yourself a handy VPN, and set your location back to overseas. We recommend ExpressVPN (more on which below).

Sky Sports and BT Sport are the two main players once again, but iFollow is your best bet if these two aren't showing them.