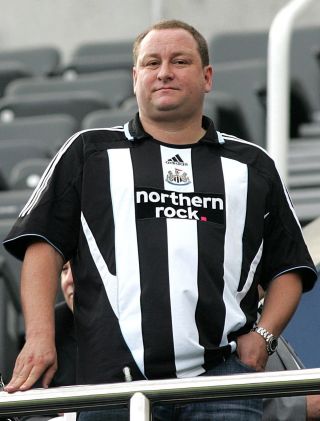 The Premier League has insisted it has not rejected the Saudi Arabia-backed bid for Newcastle.

In the latest twist in a saga which has rumbled on for months, the governing body has hit back after the Magpies issued a statement on Wednesday evening.

The Premier League’s response said: “The Premier League was disappointed and surprised by the Newcastle United Football Club statement regarding its potential takeover by PCP Capital Partners, the Reuben Brothers and the Public Investment Fund of Saudi Arabia (PIF).

“The club’s assertion that the Premier League has rejected the takeover is incorrect.

“The Premier League Board has, on a number of occasions, given its opinion about which entities it believes would have control over the club should the consortium proceed with the acquisition. That opinion is based on legal advice.

“This means the potential takeover could proceed to the next stage should the relevant entities provide all appropriate information. They would then be subject to a suitability assessment by the Board. As an alternative, the Board has repeatedly offered independent arbitration as a way forward since June.

“It is also incorrect to suggest these decisions were taken by any individual; they were agreed unanimously by all Premier League Board members.”

However, they withdrew their offer on July 30 with the Premier League still conducting its owners’ and directors’ test and awaiting answers on the relationship between the PIF bid and the Saudi state and TV piracy.

A furious Ashley has since attempted to resurrect the deal and clear the obstacles which blocked its path with the prospective buyers having not closed the door fully.

But on Wednesday night, Newcastle published a statement in which it claimed that the governing body had rejected the bid and accused it and chief executive Richard Masters of not acting “appropriately”.

Ashley was on Tyneside on Wednesday to meet head coach Steve Bruce having sanctioned summers deals for £20million striker Callum Wilson, full-back Jamal Lewis, who cost the club £13.5million plus add-ons and free agents Ryan Fraser and Jeff Hendrick having had to fund a summer recruitment drive he had hoped would fall to new owners.

The sportswear tycoon has been trying to sell the business he bought for £134.4million in 2007 for much of the intervening period, during which he and large sections of the fanbase have been at daggers drawn.

No potential purchaser has come closer than Staveley’s second consortium, whose exclusivity period expired while she awaited a decision from the Premier League, and subsequent approaches from American businessman Henry Mauriss and the Bellagraph Nova Group have yet to be firmed up.