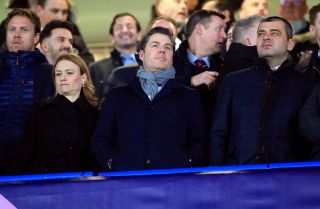 Premier League chief executive Richard Masters says it is wrong to think his competition is financially immune from the effects of the coronavirus pandemic.

The English top flight and sport in general faces further uncertainty over the return of spectators to venues, after the government said it would review the planned October 1 date amid a sharp rise in Covid-19 cases.

Masters said Premier League clubs stood to lose £547million in revenue if unable to increase capacity beyond the socially-distanced levels agreed for October 1 onwards for the whole of the new season, which on average limit clubs to 25 per cent.

The financial problems facing the EFL are well documented, and Masters confirmed talks are ongoing over extra help on top of solidarity payments.

But he warned it was wrong to think that no matter how bleak the situation the Premier League could continually sustain itself, citing the £700m clubs had lost due to the disrupted 2019-20 campaign.

“The longer that fans are outside the stadium in numbers the more significant the financial impact on clubs,” Masters said.

“There is perhaps a perception that the Premier League can perpetually sustain financial difficulties and that isn’t the case.

“There are implications for clubs. Our clubs lost £700million in 2019-20 and that creates significant difficulties.”

The #PL have launched a fund to help non-league and women’s clubs prepare for the safe return of football and fans— Premier League Communities (@PLCommunities) September 2, 2020

The Premier League released the remaining solidarity money for the 2019-20 season in April, at a time when its own competition was suspended, and it is understood half of the 2020-21 payments have already been advanced, with the remainder to be paid in January.

In addition, it has set up a fund to help more than 1,100 clubs prepare for the safe resumption of football and spectators to their stadiums, and provided funding to the National League in June which helped the fifth tier complete the 2019-20 play-offs.

At the same time £1m was given to the Women’s Super League and Championship which has enabled those competitions to start their 2020-21 seasons.

EFL chairman Rick Parry said in May that his clubs were facing a £200m financial hole by the end of September.

The EFL is understood to be considering alternatives to Premier League support, amid reports it was weighing up taking out a commercial loan.

Despite the recent setbacks, Masters remains confident that stadiums will be back at full capacity by the end of the 2020-21 season, and believes innovations around Covid passports and rapid testing will speed up the process.

“We remain very optimistic that can be achieved, that’s our ambition and our objective and we’re doing everything we can,” he said.

“We’re very pleased the government has set up this new technology and innovation group to look at how sport and entertainment can provide certain mitigation to investments into health passports and additional hygiene measures.

“That’s what that group is there for, we’re members of it and very supportive of it, what that will allow us to do hopefully is that when stadiums are allowed to take people in, we can move swiftly beyond the SGSA guidelines and move towards full capacity.”

The Premier League announced on Tuesday that all 28 matches in September would be screened by one of its broadcast partners with no fans allowed inside the stadium.

A decision on whether to extend that into October will follow, Masters said, “when we know the full picture” regarding the return of spectators.