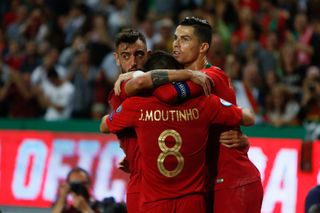 The UEFA Nations League is underway with Croatia traveling to Portugal this evening for both nations' first Group C assignment.

In a difficult group, with rivals including France and Sweden, a win this evening may turn out to be invaluable later down the line. Portugal, the holders of this tournament after beating the Netherlands in last summer's final, will be looking to make it two on the bounce.

Kick-off is at 7.45pm BST and the game is being shown on Sky Sports Red Button in the UK. See below for watching details where you are.