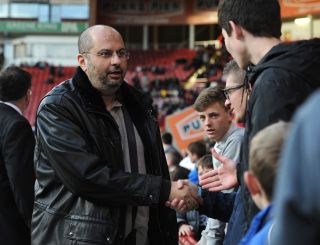 Sheffield United owner Prince Abdullah wants the club to become “one of the cornerstones of the Premier League”.

The Saudi businessman’s vision for the Blades is to see them finishing in the top 10 of the division on a regular basis.

Chris Wilder’s side achieved a ninth-placed finish last season in their first top-flight campaign for 12 years, but Prince Abdullah acknowledges that will be difficult to replicate this time round.

He thinks staying in the Premier League should be the priority for the next couple of years, steadily increasing investment in the team with the aim of cementing their position and eventually challenging for Europe.

“We had a very good first year, everyone in the world talks about it. We should forget that now, we have a very tough season ahead of us,” Prince Abdullah told a virtual fans forum broadcast on the club’s YouTube channel.

“It’s going to be difficult. The Premier League is a very difficult league but we have a good team, we trust Chris and we have signed some young talent.

“We are very proud of what the club has achieved in the past few years but I think that now we are in the Premier League the first two or three years should be used to establish ourselves as a Premier League team and not get relegated and then after that shoot for a top-10 finish and maybe Europe.

“After establishing ourselves we should be one of the cornerstones of the Premier League and always one of the top-10 teams.

“We need to build up and invest in the team more and more. I share with Chris what he said about the transfer window before the Wolves game when he says this is the best window he has had since he joined the club.

“This is because the players we have signed are really young players and some of them are not starters but we are building the next team.

“You cannot rest on your success or feel safe after just one year, the Premier League is not only the most followed league but the toughest.”

Blades boss Wilder is hoping to sign a striker before the club’s next Premier League game against Aston Villa on Monday.

Liverpool’s Rhian Brewster is a target while Wilder admitted on Wednesday that Arsenal have been approached about Folarin Balogun.