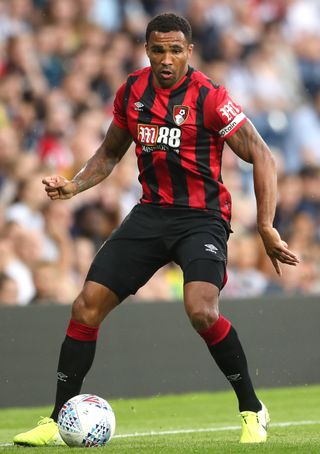 England striker Callum Wilson is relishing the opportunity to follow in the footsteps of Alan Shearer after completing his move from Bournemouth to Newcastle.

The 28-year-old has signed a four-year deal at St James Park after the Cherries accepted an undisclosed fee, believed to be in the region of £20million, from the Magpies.

Wilson, who was also a target for Aston Villa before indicating his preference for a switch to the north-east, will now take up the challenge of providing the goals the club lacked so badly last season with the start of the new Premier League campaign just five days away.

✍️ #NUFC are delighted to announce the signing of Callum Wilson from @afcbournemouth on a four-year deal!— Newcastle United FC (@NUFC) September 7, 2020

He said: “From the minute I knew that Newcastle were interested, it was definitely something that appealed to me.

“It’s a massive club with great history. Along the years, they’ve had great strikers, so if I can emulate half of what they’ve done, I’d like to attempt that.

“I believe in my ability as a player. As a striker, I think it’s important to set yourself goals long term and short term, and I’m hoping to achieve them.

“With the players around me, I believe we can get the goals we need as team and I want to help contribute to that.”

Head coach Steve Bruce was delighted to get his man after owner Mike Ashley sanctioned the move following the collapse of Amanda Staveley’s proposed takeover.

A striker was the priority even before Dwight Gayle picked up a knee injury in pre-season which could sideline him for four months with last summer’s £40million record signing Joelinton having managed just two league goals during his first campaign in England.

Bruce said: “Callum is somebody I’ve admired for a long time and I’m delighted to get him.

“He has done fantastically well at Bournemouth and was deservedly playing centre forward for England less than two years ago.

Very excited for this next chapter of my career at such a big club! @NUFCpic.twitter.com/WNGyy5gL5i— Callum Wilson (@CallumWilson) September 7, 2020

“The club has worked ever so hard to get Callum here and we have beaten off competition from a number of clubs. I’m grateful the club has made it happen.”

Wilson began his career at home-town club Coventry, but it was a Bournemouth that he rose to prominence as he helped to fire them into the top flight and establish it there before relegation at the end of last season.

He scored against the United States on his full England debut in November 2018 after fighting his way back from two serious knee injuries as his efforts received wider recognition.

The striker is one of three targets the Magpies hope to land this week with out-of-contract former Cherries midfielder Ryan Fraser understood to be heading for Tyneside for a medical, while the club has also agreed a £13.5million fee plus add-ons for Norwich defender Jamal Lewis, who is currently on international duty with Northern Ireland.