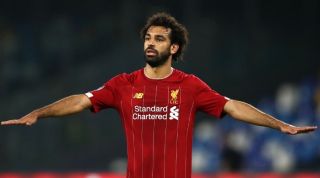 Could this be who fights out the Premier League title next season?

We've not heard much about the Newcastle United takeover for a while, but Toon fans will be hoping that today's game acts as a farewell to owner Mike Ashley. While it's not been a bad season for the Magpies, the fans will be glad to see the back of this season: hopefully, brighter days are on the horizon.

The opposite is true for today's opponents. This has been the greatest Premier League season yet for Liverpool fans. They'll be hoping that Jurgen Klopp's men sign off with an emphatic victory to remember.

Kick-off is at 4pm BST and the game is being shown on BT Sport 2 and BT Sport 2 Extra in the UK. See below for watching details where you are.

GUIDE 88 Premier League games in one place! How to watch BT Sport, Sky Sports and BBC games on a Now TV Stick

If you’re on holiday or just simply out of the country, your domestic on-demand services won’t work – the broadcaster knows exactly where you are from your IP address. Your access to the game will be automatically blocked, which is annoying if you’ve paid a subscription fee and don't want to use an illegal, buffering stream that makes you miss another Sadio Mané masterclass. And that's where we recommend ExpressVPN (more on which below).