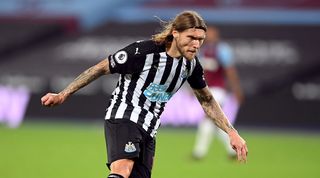 Both Newcastle United and Brighton & Hove Albion have started the season with impressive performances, despite getting different results last weekend.

For Newcastle, two new signings helped to collect the points at the London Stadium, with Jeff Hendrick and Callum Wilson netting in a 2-0 win for the Magpies. Steve Bruce's reversion to a 4-4-2 seemed to do the trick for a Newcastle side who headed into the season under a cloud - thanks to that takeover not coming off - so another win this weekend would keep the Toon Army in high spirits.

Brighton, meanwhile, weren't as lucky. They slumped to a 3-1 defeat at home to the new-look Chelsea, but despite the scoreline, they gave a really good account of themselves. Tariq Lamptey, particularly, shone against his old club. While Brighton were desperately paddling away from the relegation battle last season, they shouldn't be in such trouble should they continue to play as positively as they did last week.

Kick-off is at 2pm BST and the game is being shown on Sky Sports Premier League, Sky Sports Main Event and Sky Sports Ultra HD in the UK. See below for watching details where you are.

If you’re on holiday or just simply out of the country, your domestic on-demand services won’t work – the broadcaster knows exactly where you are from your IP address. Your access to the game will be automatically blocked, which is annoying if you’ve paid a subscription fee and don't want to use an illegal, buffering stream that makes you miss another Pierre-Emerick Aubameyang goal. And that's where we recommend ExpressVPN (more on which below).