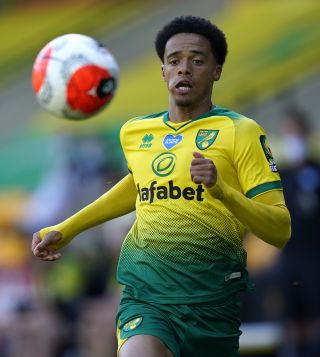 Newcastle have signed defender Jamal Lewis from Norwich for an undisclosed fee.

Lewis, 22, has agreed a five-year contract with Newcastle after the two clubs agreed a fee, reported to be around £15million, which could rise to £20m with add-ons.

Newcastle said on their official website: “Highly-rated full-back Jamal Lewis has become Newcastle United’s fifth signing of the summer after joining the Magpies from Norwich City.

“The Northern Ireland international has signed a five-year contract at St. James’ Park after earning rave reviews for his performances last season despite the Canaries’ relegation from the Premier League.”

Lewis, who started out at hometown club Luton before joining Norwich’s academy in 2014, was a regular starter for Norwich in the Premier League last season.

He made a total of 34 appearances in all competitions as Daniel Farke’s side were relegated after one season in the top flight.

Newcastle boss Steve Bruce added: “Jamal is a very exciting prospect. I watched him flourish in the Championship two years ago and he made a real fist of it in the Premier League last season.”