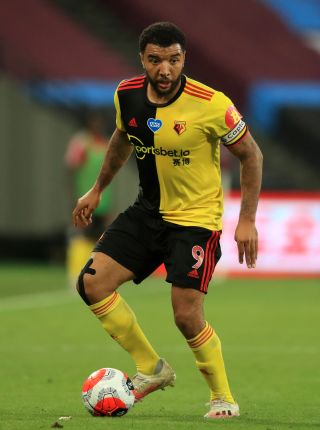 New Watford manager Vladimir Ivic is feeling positive ahead of his first competitive game in the dugout.

The 43-year-old took charge at Vicarage Road on a one-year contract in August following the club’s relegation from the Premier League.

He leads the Hornets for the first time when the Sky Bet Championship kicks off with their home clash against Middlesbrough on Friday.

Ivic will have to do so without captain Troy Deeney and key winger Ismaila Sarr, who are not ready to feature, but believes the limited pre-season will leave plenty of other clubs in the same boat when it comes to the availability of players.

“Everyone will know that this period was not easy for no one,” the Serbian said.

“Not just for us, because with the Covid situation this is a problem with our players, with our staff, which is some quarantine and some of the practice, maybe not a lot and not enough, but this is the game and will be the same for all the teams.

“(It’s) difficult for all coaches and that means we must be careful and protect some of them to not get injured because it will be very difficult for the players.

“All this period and this pre-season we didn’t complete how we want, but as I said it’s the same for all the teams. We will see how we go in the league.”

Middlesbrough have already kicked off their season with a 4-3 win over Shrewsbury in the opening round of the Carabao Cup – their first home win since Boxing Day – but Ivic remains confident.

“Yes, beginning in England, beginning in the Championship for me, first game I am positive,” he added. “I work with a positive group of players who are ready to give their best for the week.

Watford bolstered their defensive ranks on Wednesday with the signing of centre-back Francisco Sierralta from Udinese on a three-year contract.

The one-cap Chile international, 23, joined the Serie A club in August 2017 and has since spent time on loan with Parma and Empoli.