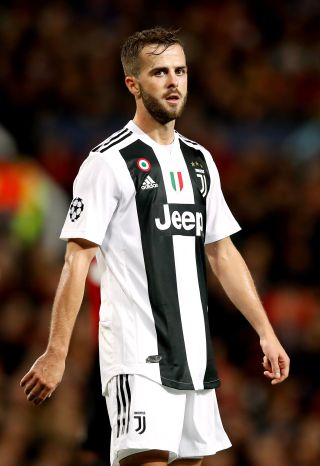 Barcelona’s new signing Miralem Pjanic has tested positive for coronavirus and will miss the start of pre-season as he self-isolates at home.

The Bosnia-Herzegovina midfielder’s move to the Nou Camp from Juventus – in a deal worth 65million euros (£59.39million) – was announced at the end of June, with the player set to link up with his new club ahead of the 2020/21 campaign.

The 30-year-old’s arrival has been delayed, however, with the positive coronavirus test meaning he must quarantine at home for the next fortnight.

“Miralem Pjanic has tested positive in a PCR taken on Saturday 22 August after feeling a little unwell,” a statement from the Catalan club on Sunday evening read. “The player is in good health and is self-isolating at home.

“The player will therefore not be travelling to Barcelona for 15 days, when he will be expected to report for duty with the FC Barcelona team.”

Pjanic, who signed for Barca on a four-year contract with a buy-out clause of 400million euros (£360.4million), later took to social media to reassure fans he was feeling fine.

Writing in Spanish and Italian, he said: “I want to reassure everyone who cares about me, I’m fine and luckily I’m asymptomatic. What we’re taught these days is that we can’t take anything for granted. We are calm and respect the rules. See you soon.”

His new club retweeted the post, adding: “Get well soon! We’re waiting for you.”

Pjanic began his career at French club Metz and, after a spell at Lyon moved on to Roma, where he made 200 appearances in five seasons before signing for Juventus in 2016. He won four Serie A titles, two Coppa Italia crowns and one Italian Super Cup with Juve.