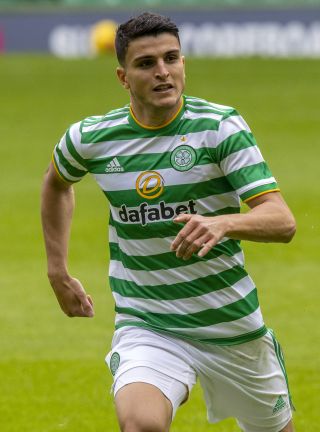 Celtic winger Mohamed Elyounoussi has welcomed the club’s decision to pump crowd noise into their stadium during closed-door games.

Elyounoussi’s goal in a friendly win over Ross County on Sunday was met with cheers from the PA system, with near misses being met with ‘oohs’ and the game being played in front of a constant backdrop of Celtic songs and chants.

Speaking ahead of Celtic’s opening Scottish Premiership game against Hamilton in Glasgow on Sunday, Elyounoussi said: “I could hear it but when you are in the game you don’t really hear noises. When I scored the guy pushed the button and it was good timing.

“It’s nice to have a little bit otherwise it’s too quiet. It’s a good idea.”

On playing in empty stadiums, the on-loan Southampton player said: “It’s strange for us players. Our stadium is meant to be crowded, meant to be noisy, so of course we miss that, we miss the fans behind us.

“Mentally they always support us but we know they are behind us, we know they are watching from home, we are going to do everything we can to win and make them happy and hopefully, when everything is safe and the government let us have the fans back, we will look forward to that.

“Hopefully everyone follows the guidelines we get from the government and we can keep playing and finish the season.”