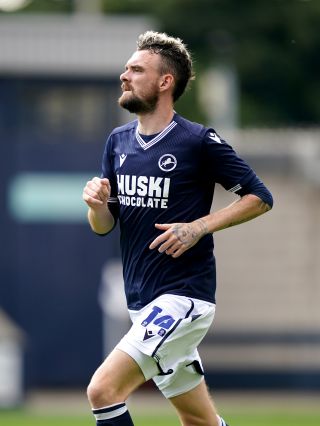 Championship Millwall brushed aside League Two Crawley to book a place in the second round of the Carabao Cup thanks to a 3-1 behind-closed-doors victory.

The Lions were good value for their win with a free-flowing display at the Broadfield Stadium as Crawley suffered their first home defeat since November last year.

Scott Malone and Matt Smith were on target for Millwall either side of a Jordan Tunnicliffe own goal, while Sam Ashford replied for the hosts.

Goalkeeper Tom McGill – one of four debutants called up by Crawley head coach John Yems – saved a goal-bound shot from Connor Mahoney before Millwall broke the deadlock after 14 minutes.

Malone, signed on a season-loan loan from Derby, struck on his second debut for the Lions with a crisp low shot from close range after Ryan Woods delivered the ball into the box.

Millwall doubled their lead just after the half-hour mark when Tunnicliffe put through his own goal after Jake Cooper headed back a corner from Mahoney to the far post.

Crawley hit back to reduce the deficit direct from the restart with striker Ashford beating goalkeeper Bartosz Bialkowski in a one-on-one situation to score on his debut.

The Lions began the second half on the front foot and substitute Jed Wallace shot wastefully over the crossbar before Smith and Jake Cooper came close with headers.

Smith – who finished last season as top scorer – was finally on target on the hour when he stooped to head in an accurate cross by Jed Wallace.

Smith looked set to score again shortly after but McGill denied him with a flying save.

McGill again saved well from Malone late on as Millwall ended the tie in complete control.