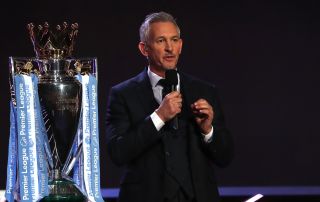 Gary Lineker has taken a pay cut and signed a new five-year contract with the BBC.

The deal means the 59-year-old former England striker will remain at the forefront of the corporation’s football coverage, and will also be involved in presenting other events such as the Sports Personality of the Year show.

A BBC report said Lineker was the corporation’s top earner on £1.75million for the 12 months up to the end of March this year, before the pay cut took effect. His pay will be cut by 23 per cent under the terms of the new deal, the BBC said.

Oh dear. Thoughts are with the haters at this difficult time. https://t.co/r41naocRcI— Gary Lineker (@GaryLineker) September 15, 2020

Lineker, who first presented the Match of the Day highlights programme in 1999, said: “I love working with the BBC, and am very proud to continue to be a part of their outstanding football team.

“I’m looking forward to the next five years – with a European Championship and World Cup on the horizon, it’s exciting times for me and the team.”

The corporation’s head of TV sport, Philip Bernie, said: “Gary is the outstanding football presenter of his time. The BBC is extremely pleased to have him leading our coverage so exceptionally for another five years.”