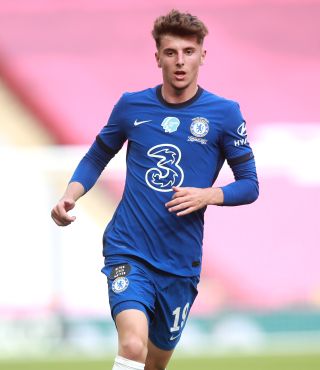 Germany forward Havertz has joined Chelsea in a £70million deal as the Blues have shelled out more than £200m on summer recruits.

Reports in Germany claimed Mount had been threatened by Havertz’s move from Bayer Leverkusen, though the England star’s dad rubbished the suggestions on Twitter.

And now Chelsea manager Lampard has rejected those assertions, insisting his homegrown stars have relished the summer’s high-profile arrivals.

“I saw the story about Mason Mount, I know it was absolutely fabricated from somebody, particularly if it came from the German end,” said Lampard.

“I don’t know if he’s got any friends or relatives over there he would talk to, it’s a strange angle for that to come from Mason.”

Chelsea will open their new Premier League campaign at Brighton on Monday, with Havertz and Germany team-mate Timo Werner ready for action.

Hakim Ziyech will miss out with a knee injury that Lampard hopes will only prove short term, while Ben Chilwell is not sufficiently over his heel issue.

Thiago Silva will start training with Chelsea this weekend, so Monday’s Amex Stadium trip will be too soon, but captain Cesar Azpilicueta and USA forward Christian Pulisic are in the reckoning.

Chelsea’s transfer ban forced Lampard’s hand into ushering through a host of young talents last term, but the demanding Blues boss has made up for lost time with his raft of new recruits this summer.

“With the young players who’ve got into the team and the way football is at a club like Chelsea, if you’re a young player who has a foot in the door and the club brings in players around you that raise levels, the players should, and hopefully will, raise their levels; and everybody improves,” said Lampard.

“So everybody should be positive going into the season, training and playing as well as they can, and worry about the unity of the squad and the results we get as a team.”