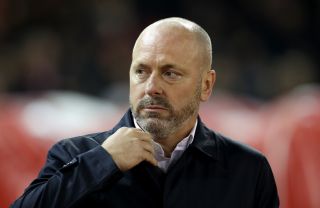 Bowen had been in charge at the Royals since October and led the side to a 14th-placed finish – their highest for three seasons.

He had been reported to be ready to return to his role as director of football once the club hired former Atletico Madrid forward Veljko Paunovic as their new manager on Saturday.

But on Monday Reading revealed he had turned down the chance to remain with the club.

A club statement read: “We can confirm that Mark Bowen has departed Reading Football Club.

“Having stepped away from his position as first-team manager a few days ago, Bowen was offered a new role within the Royals’ restructure, but after careful consideration he has chosen to pursue new opportunities elsewhere.”

Club owner Dai Yongge added: “I would like to thank Mark for the hard work he put in as manager and the commitment he showed to our first-team affairs before, during and after football’s lockdown situation. I would like to wish him well in his future endeavours.”