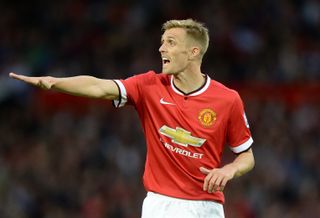 Manchester United’s rebuild is far more advanced than Darren Fletcher had expected by this stage and the former midfielder believes patience in the process will reap rewards under Ole Gunnar Solskjaer.

Having made some bold moves following a topsy-turvy start to life in the Old Trafford dugout, the Norwegian’s first full season in charge ended with three cup semi-finals and a third-place Premier League finish.

The avoidable Europa League semi-final loss to Sevilla still sticks in the craw 12 days on and the absence of transfers to date rankles with supporters, especially given the lack of progress made in their pursuit of Jadon Sancho.

But Fletcher, who knows a thing or two about success at Old Trafford, is focused on the positives and confident United are on the right track under Solskjaer.

“Do you know what, I think that it’s been a fantastic season,” he told the PA news agency.

“I think United are in a position now where I thought they’d take a little bit longer to get to, if I’m honest.

“I was a big fan of what Ole was trying to do in terms of the club needed to start again almost, and they needed to take two steps back to come forward.

“But, at the same time, the introduction of (Bruno) Fernandes, (Paul) Pogba coming back from injury, things seem to have clicked a lot quicker and we’ve took a massive stride – especially (at the) back end of the season.

“We’re a much better position now this summer than I thought we would be.

“Even though I still thought we were doing the right things and it was the right idea what the club were trying to do along beside Ole Gunnar Solskjaer, it’s amazing that they’ve got themselves in this position so quickly and it speaks volumes of the work that they’ve done in a relatively short space of time.”

Enjoying United’s performances has been just as uplifting for Fletcher as the work going on behind the scenes, yet he understands the frustration of supporters on the transfer front given the club are linked to all and sundry.

“The problem with this is that every agent in the world links their players to Manchester United, so fans get their hopes up and see that, then it’s ‘why are we not doing this’?” the former United midfielder said.

“The recruitment under Ole Gunnar Solskjaer has been fantastic so I would just like the fans to trust the manager, trust the board and trust the people in charge.

“Their track record so far has been fantastic since Ole Gunnar Solskjaer has been the manager. They’re identifying the right targets, they’re being patient.

“Like everything, Manchester United transfers are the most difficult because of the money involved and they want to maximise it. It’s no different in this current situation (with Covid-19).”

Fletcher will be stepping back out at Old Trafford on September 6 in the Soccer Aid for Unicef match – and United fans will be hoping to see Sancho, 20, strut his stuff there soon after.

The 36-year-old believes the Borussia Dortmund and England forward would be a “fantastic acquisition” for anyone and remains confident that United will “get the right players at the right time”.

“At his young age, to be doing what he’s doing at that level of football is fantastic and there’s no doubt that he has got a bright future in the game,” Fletcher said of Sancho.

“It’s clearly a position that United, I feel, have needed for a number of years now, somebody who naturally wants to play off that right-hand side.

“So I think that it ticks all the boxes in that respect but – at the same time – these transfers are very, very difficult.

“Large sums of money in these times, there’s a lot of circumstances involved in it. It’s not just Jadon Sancho and his representatives, it’s Borussia Dortmund, it’s Manchester United and I’m sure there will be other clubs interested in him as well.

“He’d be a fantastic acquisition for anyone who gets him.”

:: Darren Fletcher is playing in Soccer Aid for Unicef, which takes place on Sunday, September 6, live and exclusive on ITV and STV from 6.30pm. Every £1 donated will become £3 thanks to the UK Government and Gavi, The Vaccine Alliance