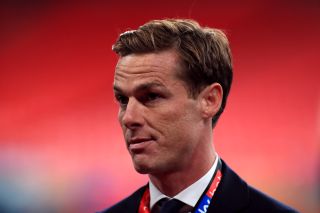 Fulham have rewarded manager Scott Parker with a new three-year deal following promotion back to the Premier League.

The 39-year-old former England international was named caretaker boss following the sacking of Claudio Ranieri in February 2019 and given the job on a permanent basis despite the west London club’s relegation.

Parker led Fulham out of the Sky Bet Championship at the first attempt via the play-offs and has now been given a new deal until 2023.

“I’m delighted to have signed a new deal which shows mutual faith and commitment, on both my side and the club’s,” Parker said.

“I’m pleased with the hard work we have all carried out behind the scenes which resulted in achieving our objective of promotion to the Premier League last month.

“This has been a huge effort involving many people, and has continued in our preparations for the new season.

“Signing a new deal provides stability and an opportunity to keep on developing the team. There is still a lot of hard work ahead of us, and we’ll always be striving to improve and progress every day.”

Parker made 128 appearance for Fulham and was club captain by the time he retired in 2017, with the former midfielder returning to the club as a coach the following summer.

Fulham owner Shahid Khan said: “We believed in Scott Parker when we signed him as a player in 2013, and we believed in him as our caretaker manager at the end of our most recent season in the Premier League.

“Our belief and confidence in Scott is stronger than ever today and is evident in this new three-year contract, which is fully deserved, and I’m thoroughly honoured to offer as we return next week to top-flight football.”

Anthony Knockaert and Harrison Reed have signed permanent deals with the club after impressing on loan, while Antonee Robinson and Mario Lemina have also arrived at the club.

Fulham are in the hunt for more signings, with Parker understood to be more engaged in the recruitment process overseen by sporting director Tony Khan than previous coaches.

Khan manages the Whites’ transfer business and is working remotely in the United States due to coronavirus travel restrictions, but the director of football and manager are understood to be in regular contact over conference calls.