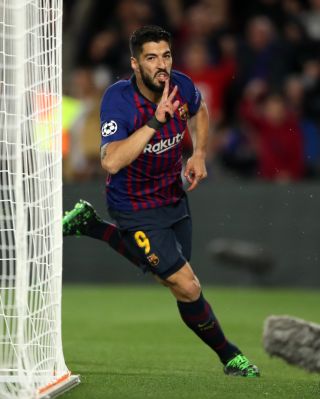 Former Liverpool striker Luis Suarez is set to move to Atletico Madrid after they agreed a fee with Barcelona.

Barca announced the deal would see them receive six million euros (£5.5m) for the Uruguay international.

The 33-year-old’s move is subject to agreeing personal terms and a medical, Atletico said.

Suarez joined Barca from Liverpool in 2014 and helped the club win four LaLiga titles, four Copa del Reys and the Champions League in 2015.

He was reportedly told he had no future at the Nou Camp under new boss Ronald Koeman and had been linked with a move to Juventus.

But his next club is set to be Barca’s LaLiga rivals Atletico after the two sides came to an agreement.

A Barca statement read: “FC Barcelona and Atletico Madrid have reached an agreement for the transfer of the player Luis Suarez. The Madrid club will pay FC Barcelona six million euros in variables.

“FC Barcelona would like to publicly express their gratitude to Luis Suarez for his commitment and dedication and wishes him all the best for the future.”

The club also said there would be a farewell event for the player and a remote press conference on Thursday afternoon.

Diego Simeone’s Atletico were in the market for a striker after Alvaro Morata joined Juventus.