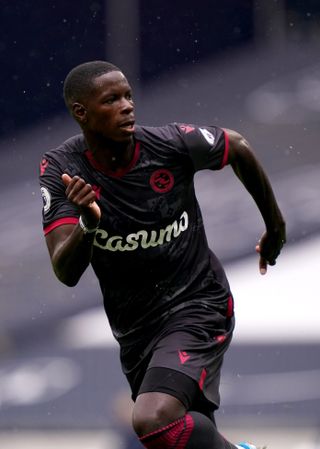 Lucas Joao scored a hat-trick as Championship side Reading cruised past League Two Colchester United 3-1 in the Carabao Cup first round.

Reading were without new manager Veljko Paunovic, with the Serb – appointed a week ago – still observing UK government quarantine rules after flying from the United States to join Reading’s short pre-season training camp in Portugal.

But Reading equalised in the first minute of first-half stoppage time, as Joao dived forward to nod home firmly.

Joao added a second goal in the 56th minute and completed his treble 15 minutes from time after a superb turn in the Colchester area.

Two days later, Bowen left the Berkshire club after declining the offer to return to his former role as sporting director.

Reading assistant manager Eddie Niedzwiecki took charge for the tie, with Paunovic clear to take first-team training from next Tuesday ahead of the start of the new Championship campaign.

The Essex side reached the Carabao Cup quarter-finals last season before bowing out 3-0 to Manchester United at Old Trafford.

Reading began sluggishly, with their lower-tier opponents moving forward with imagination and pace.

Callum Harriott, the former Reading forward, and Harry Pell both had goalbound efforts blocked in the opening exchanges.

Reading, fielding a mixture of youth and experience, gradually grew into the game and threatened through Sam Baldock on the break.

But after he had cut inside from the left flank, his effort was comfortably saved by Colchester goalkeeper Dean Gerken.

Left-back Cohen Bramall clipped in a cross from the left and Brown met it with a firm first-time finish.

But Reading drew level as the interval approached.

Felipe Araruna provided a teasing right-wing centre and Joao threw himself forward to beat Gerken with a fine diving header.

First, he volleyed wildly wide from Michael Olise’s far-post corner; soon after, he was again wasteful from a similar position.

But Reading went ahead 11 minutes into the half when the Colchester defence stood still expecting an offside call.

It never came and Joao was afforded all the time he needed to beat Gerken.

The Portuguese striker then sealed Reading’s safe passage into round two, with his third strike, after excellent control and skill in the Colchester box.