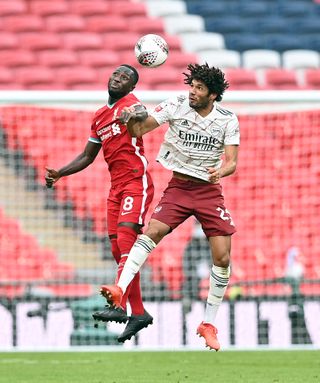 Liverpool’s Premier League match against Arsenal on Monday night will now kick off at 8pm due to the changes in pub opening hours, the league has confirmed.

The match had been due to kick off at 8.15pm, which would have meant the game was likely to be in injury time when pubs were closing at 10pm, under new Government restrictions to curb the spread of coronavirus.

The league also announced that every game over the weekend of October 3 and 4 would be shown live on Sky Sports or BT Sport.

All the matches that weekend will now be behind closed doors after the Government scrapped plans to allow spectators to return to sports venues on a socially-distanced basis from October 1.

The Premier League confirmed Sky would screen six matches and BT four on the opening weekend in October.

In relation to the change in kick-off time, the league said: “Following the UK Government’s announcement yesterday that pubs will close at 22:00, midweek Premier League fixtures will now take place at 17:45 and 20:00.

“In consultation with all relevant stakeholders, the Premier League is considering appropriate arrangements for matches that will take place after October 4.”

It has been reported that clubs will further explore the idea of allowing season ticket holders access to streams of matches, in the same way that supporters of EFL clubs access games.

The Premier League said on Tuesday that English football stood to lose £100m a month without spectators in grounds.