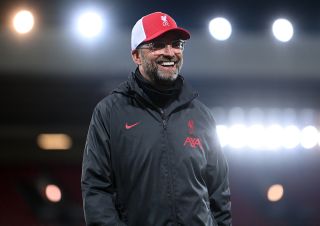 Liverpool will take on Ajax, Atalanta and Midtjylland in the group stages of the Champions League, which will also see Barcelona face Juventus following Thursday’s draw in Geneva.

The Premier League champions, who have won the European Cup six times, were one of the eight top seeds and went into Group D.

European heavyweights Barca, thrashed 8-2 by eventual champions Bayern Munich in last season’s one-off quarter-finals, were drawn together with Juve in Group G – which will see Lionel Messi and Cristiano Ronaldo renew their rivalry.

Group G is completed by Dynamo Kyiv and Hungarian side Ferencvaros.

Manchester City have been drawn alongside Porto, Olympiacos and Marseille in Group C.

Manchester United are in Group H, where they will take on last season’s runners-up Paris St Germain as well as RB Leipzig and Istanbul Basaksehir.

Former United full-back Rafael da Silva signed for the Reds’ Turkish opponents last month and he is relishing a return to Old Trafford.

The Brazilian wrote on Twitter (orafa2): “Back to where everything start dreams come true.”

In Group E, Chelsea have been drawn alongside Europa League winners Sevilla, Krasnodar and Rennes.

Holders Bayern Munich are in Group A along with Atletico Madrid, Salzburg and Lokomotiv Moscow.

Zenit St Petersburg are top seeds in Group F, where they will take on Borussia Dortmund, Lazio and Club Brugge.

The opening Champions League group fixtures will take place on October 20 and 21, with the scheduling set to be confirmed on Friday evening.

The 2021 Champions League final is set to be held at the Ataturk Stadium in Istanbul on May 29.

“It’s really nice. In the Champions League you play against the best players in world and I want to compete with them,” the Belgium international said in a broadcast on the UEFA website.