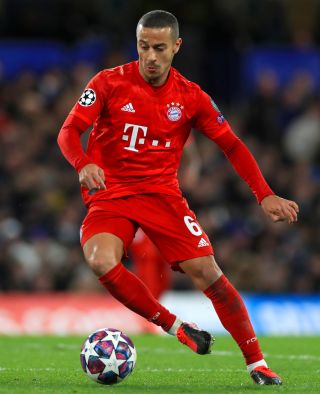 Liverpool are close to agreeing a fee with Bayern Munich for the transfer of Thiago Alcantara, the PA news agency understands.

The Premier League champions have now begun discussions with the Champions League winners after being heavily linked with the Spain playmaker throughout the summer.

It is understood the Reds would pay an initial fee of £20million for the midfielder, who has one year remaining on his contract at Bayern, with more to follow in add-ons.

Liverpool manager Jurgen Klopp had previously tried to play down the speculation.

“It is nice that we are linked with him but that is pretty much all, really,” the German said last week.

That came amid claims a potential move for the 29-year-old was being held up by uncertainty over the future of Liverpool midfielder Georginio Wijnaldum.

The Dutchman, who is in the final year of his contract at Anfield, has been linked with Barcelona.

Liverpool, however, have decided to make their move for Thiago now, with the issue not appearing dependent on whether Wijnaldum leaves the club or not.

Hansi #Flick on @Thiago6: "Thiago is an exceptional player who spent seven hugely successful years here. He's a wonderful person and an outstanding professional. It was very emotional today when he said goodbye to us all." #FCBayern#MiaSanMiapic.twitter.com/QBU0O0UPmf— FC Bayern English (@FCBayernEN) September 17, 2020

“He’s a wonderful person and an outstanding professional. It was very emotional today when he said goodbye to us all.”

Thiago would be Liverpool’s second addition of the summer after the signing of Greece left-back Kostas Tsimikas.

Thiago joined Bayern from Barca in 2013 and was in the side that won the Champions League last month.